The 13th annual Trinity International Hip Hop Festival was focused on censorship and activism when it comes to hip hop on a global scale. Aside from great performances and artwork from international acts, there were also discussions and panels catered to the overall theme of protest, free speech empowering the youth around the world. One panel in particular that was very engaging was the discussion on “Free Speech, Censorship and Protest” which featured MC Puos and Dana Burton from China and Emile YX from South Africa on the panel that moderated by Dr. Msia Clark herself.

Dana Burton is considered to be one of the main influencers of hip hop in China. After college he moved to China in 1999 and has been living there ever since. He originally grew up in Detroit, MI and gained a spirit of activism based on his community. He grew up in the 10th precinct of Detroit, one the worst, corrupt areas in the country yet was down the street from the Nation of Islam and the Black Panther party, two prominent activist organizations for Blacks. This was where he learned to speak up and fend or himself. His upbringing taught him the importance of word and communication. When he moved to China he eventually started rapping and playing hip hop in clubs, it gained a lot of attention and grew interest in many natives. The rest is history. During the panel he inspired the audience to have the confidence to speak up, “look within and know that what you’re fighting for is right, be willing to take risks”. He also discusses the connection the Black community has to China as he refers to how leaders like Malcolm X and WEB DuBois were inspired by the country.

MC Puos is another hip hop influencer in China that both raps and writes hip hop. He came alongside Burton as his first time at an American university campus. He has been in the industry for 10 years and respects the diversity and culture of the genre. In the panel he provides insight on free speech in China, his people’s overall morale in their belief that “you have to work hard to achieve your value”, and his take on the hip hop ban in China. Both him and Burton claim that the “hip hop ban” in China is “fake news” and apart of the propaganda they claim that US uses against China. They state that hip hop is still alive and well in China and based on their credentials, I take their word for it!

Emile YX is a hip hop artist and activist from South Africa. He’s widely known as one of the pioneers of South African Hip-Hop and was founding member of the notorious group, Black Noise since 1982. He has been involved in many youth development initiatives and founded his own nonprofit Heal the Hood. Since he spent his lifetime both before and after apartheid, he can say that the censorship from apartheid is still intact to this day. He uses is nonprofit initiatives to empower the youth and educate others on Africa and their heritage. He believes that “The most powerful weapon to the oppressor is the mind of the oppressor” therefore education is a key influence in speaking out and becoming an activist to create change. 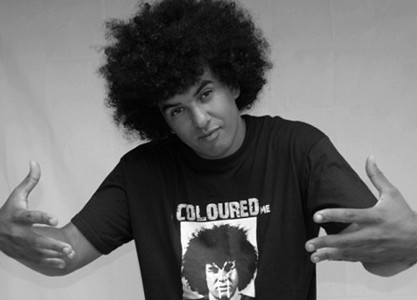