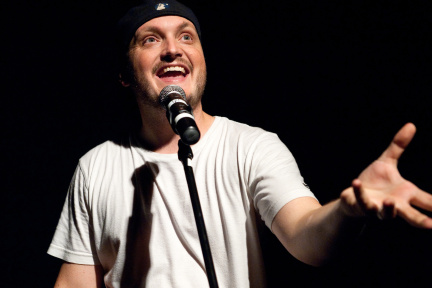 Iain Robinson a.k.a Ewokessay is a freestyle battle and Slam champion, Hip Hop activist, South African rapper, and a spoken word flavored Hip Hop activist. Ewokessay writes and recites rhymes, raps and poetry of a performative nature.  He considers this to be the core of his career. He has been a student of Hip Hop history and culture since he first learned to love Graffiti in early high school.  Since then he has been devoted to discovering how he can get to play my his part as a practitioner of Hip Hop arts. When it comes to his words you can tell that he tries study things that either interest or upset him.  The interesting things seem to be his inspiration. In his blog he states “Spoken Word is the combination of all of my inputs and outputs, some rhyming, some comic timing, some serious jiving and some straight shooting without the ducking and diving.”

His song Master In Charge is a powerful combination of words. His platform can be used at his advantage. The way all of his words just flow together makes you want to hear what else he has in store.

My favorite verse from song: