Resistance and Community in Dope Saint Jude’s “Grrrl Like”

The color black is so powerful. That is the thought that comes to mind when I first watched South African artist Dope Saint Jude in her video “Grrrl Like.” 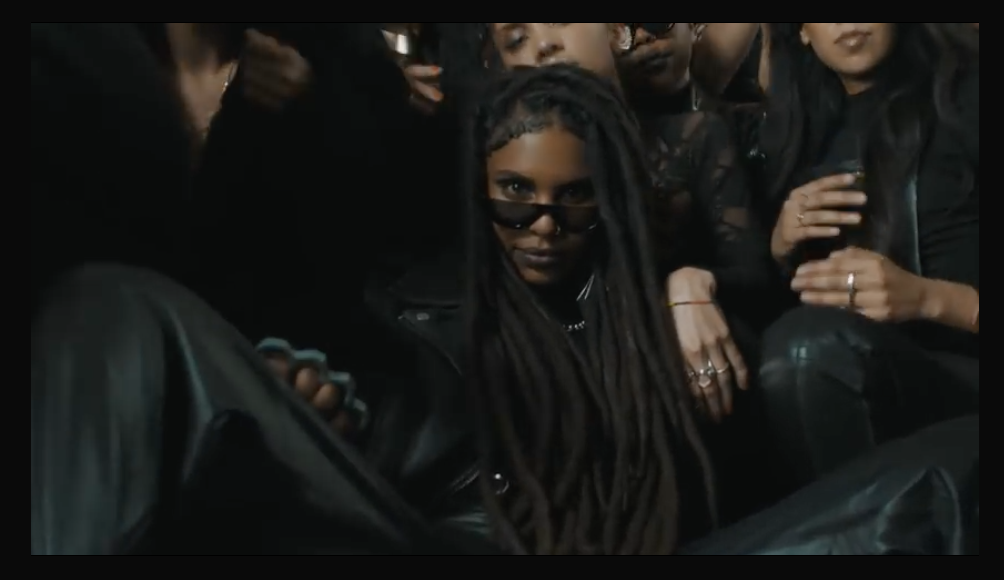 The first scenes in the video reveal a group of women standing together, preparing its viewers for the overall message in Dope’s female-centered single. Poet Audre Lorde often talks about the importance of “defining and empowering” in her work when discussing how people can learn to appreciate how each individual is different. It is also important when talking about beauty standards and nonconforming and marginalized communities. The people surrounding her in the video all wore black to signify that they were united. However, a closer look would reveal that each one of the individuals was expressed themselves differently by their body piercings, hairstyle, and jewelry. The imagery conveys that to simply “be” can bring about resistance in itself.

Dope executes her verses in a confident, striking, and compelling manner. In an interview with Elle magazine, she mentions M.I.A., Major Lazor, and Santigold as influences in this particular track. In addition, she explains that the term “Grrl” originated from the feminist punk movement and that she uses the term to refer to “Anyone who identifies with femininity and grrrlhood.” Her decision reveals the importance of inclusivity of people who may not be considered to fit society’s standards of being female. The result of Dope’s creativity: a space to celebrate the uniqueness of those in her community.

In her lyrics, she describes herself like her mom, Madonna, and Michelle Obama, giving the audience insight into the women that inspire her:

Reverse Madonna (that me)

My bike’s a Honda (that me)

Michelle Obama (that me)

You feel me holla”

Dope Saint Jude’s work often challenges gender norms, racism, body politics, and classicism. By mentioning a wide range of examples of iconic and accomplished women, she reveals that her identity is limitless. This contrasts the narrow images that are often portrayed in mainstream hip hop music, adding an interesting and more inclusive depiction of womanhood, “grrrlhood,” and femininity.