Rapping In A Native Language 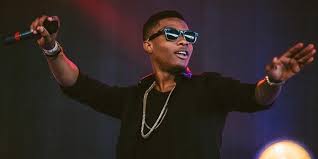 Raj (Okemwa Rajiv) is a Kenyan Rapper that raps in his native language Kisii. The Gusii language (also known as Kisii or Ekegusii) is a Bantu language spoken in the Kisii district in western Kenya, whose headquarters is Kisii town, (between the Kavirondo Gulf of Lake Victoria and the border with Tanzania).  His unique style of rap is a mixture of Kisii, a blend of English, and Swahili which is his Kisii flow. Historically, Kenyan hip hop was initially in Swahili and English. But Raj feels that it would be great if everyone was rapping in their own native language. Raj raps about relatable issues and want to be an inspiration to youth going through the struggles they face everyday. He said in an interview that “We need to embrace our African culture including the language.” https://www.musicinafrica.net/magazine/5-questions-kenyan-rapper-raj. In February 2015, he was signed to Kaka Empire Management which he eventually left. Now he owns a studio called Music Bank where he produces his own songs. He has been inspired by artists, including Kenya’s Nyashinski and Sauti Sol, Nigerian Wizkid and South Africa’s AKA.

After a long silence Raj came back with this song, Sawa sawa. As you can see in the song “Sawa Sawa” Raj speaks in both his native language and English. He does this in most of his music. The meaning of sawa sawa is everything is alright. As said before he feels like people should love their culture and this song is showing his love and embracing his culture.   He also asks about giving back to the society and above all leaving it all to God.

In this music video Raj films back in his hometown and it addresses the issue of poverty it faces. It is an up beat song that makes you want to dance hence the name.

Some of his is music is also listed on Genius.com and shows some lyrics: https://genius.com/artists/Raj-kenya