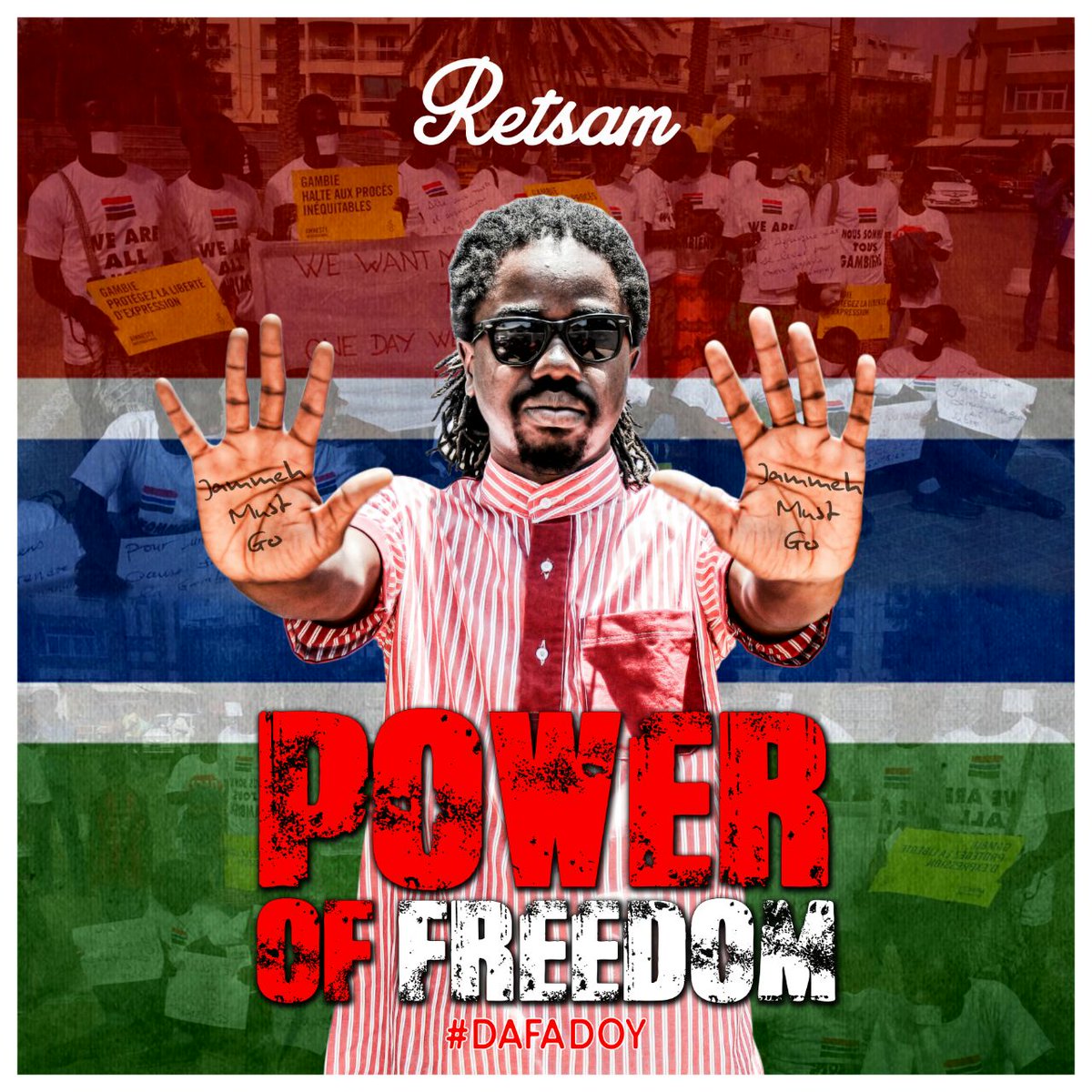 In Retsam’s, real name Jerreh Badjie, song power of freedom he expresses that the people of Gambia should have the rights stated in their constitution. He also demands Jammeh must go. When Badjie made the song, President  Yahya Jammeh (some would call him their Dictator) was ruling the country with an iron fist – imprisoning critics and political opponents. Human rights organizations accused him and his security forces of torture and enforced disappearances. After a 22 year rule the people of Gambia decided it was time for him to go. In response to his actions the youth started to take a stand. They started a movement on peace and social justice named Power of Freedom. The movement held campaigns through social media, press conferences, graffiti, coordinating peaceful protests in Dakar, release of songs and music videos with Badjie’s song being the anthem. “Organizers said the non-violent movement, which drew inspiration from greats such as Nelson Mandela, Martin Luther King Jr. and Bob Marley, is here to also reset youth mind-set and provide the platform for them to serve as role models.” They  also said, “We intend to organize ourselves in groups that will have nationwide tours, hold seminars, open mic shows to discuss domestic issues and also have civic education forums and classes as we now consider these our civic duty”. The main goal was to get the youth involved.  There were consequences for their actions though. Badjie and other Gambian artist fled to Senegal in fear of being arrested and being tortured because of the work they put out. Some even received death threats and calls from the NIA (Gambia’s National Intelligence Agency) asking for their location. In the end the movement was a success. On December 1, 2017 it was announced Yahya Jammeh had lost the election and on December 19, 2017 president Adama Barrow was sworn into office.

Here’s a link to the video: https://www.youtube.com/watch?v=OxByQFvUtH0