Married To The Game 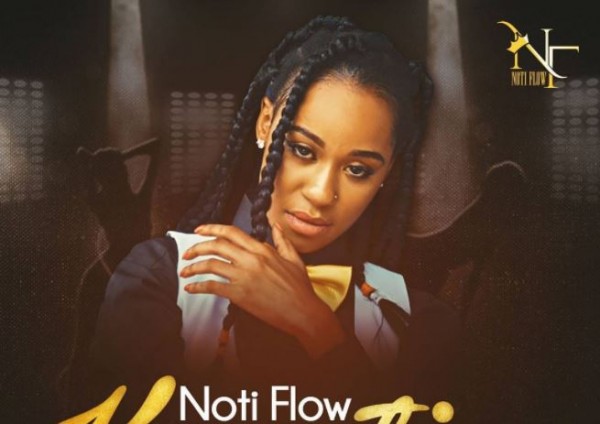 Natalie Florence, better known as “Noti Flow”, is a Kenyan musician-rapper and actress. She is known to be a “controversial” artists for different aspects such as; her raunchy photos, sexuality, skin color, sex talk, bluntness, and being on a controversial show. But the view of the public eye has not held her back if anything it has given her more attention and a better opportunity of getting herself and career out there. It wasn’t until her last year of primary school that Noti Flow realized she could play with words. Later on in her life she also realized she could act. Then landed herself a spot on the Nairobi Diaries which is a controversial tv show. Even though she is looked at as controversial, she does not see herself that way and doesn’t care what other people think. Which sends a great message to young girls today. Be who you are and don’t worry about what other people may have to say. Rising to fame and being in the spotlight there are going to be a lot of opinions on artists failing to realize that they are just like anybody else, human. I in fact like Noti Flow because of her controversy. That’s what makes her stand out.

Here are some lyrics from her song “Kamatia”. What I like about this selection of lyrics is the fact that this is what society thinks women should not be doing and not be talking about. Society wants females to be covered up, no drinking or smoking, don’t be sexual, and also don’t approach men. Everything in this selection is completely ignoring what society feels a women should be like. Also for Americans or anyone around the world listening to this song it gives a little similarity to “Down In The Dm” by Yo Gotti and Nicki Minaj, which I loved. This song was flawlessly sorted out, all while giving versatile flow, and verses to accommodate with a vibing generation.

“I was chilling in the crib

Sippin on my Hennessy

Matter of fact I was logged on my IG

Oh my , I feel kinda freaky

I’ve been smoking Loud and drinking

Then I see this guy and am sinking