Gabriel Teodros has been making socially conscious hip-hop music for nearly 20 years. The Ethiopian-American artist, based out of Seattle, Washington, he managed to infuse his Abyssinian heritage with the Pacific Northwest world around him. An early agent on the Northwest hip-hop scene, Teodros worked with and paved the way for other notable Seattle acts like Macklemore and Blue Scholars.

Major themes throughout Teodros’s discography have been immigration, progressive politics, black unity, self-exploration, and, on the production side, international collaboration and literary inspiration. Teodros has been cited pulling inspiration from prominent black diaspora figures and working with artists from New Zealand, Ethiopia, and opposite coast in D.C.

By discussing issues such as immigration and violence, Teodros is able to speak to a dual audience of those experiencing issues such as poverty and uncertainty in both the Northwest and back in Ethiopia. His song, “Third World Wide” creates images of poverty meant to represent his third world ancestry, but the images can still hold true when thought of in the context of poverty in the United States. The inclusive nature of his lyrics through universal themes mean his music is has a broad appeal.

Teodros finds himself among similar acts like A Tribe Called Quest, Bob Marley, and To Pimp a Butterfly era Kendrick Lamar who have all rapped over mellow beats with jazz overtones. This separates him a bit from his Ethiopian roots, however it is in his lyrics that Teodros speaks directly to the Ethiopian immigrant experience. In “Mind Power”, released in 2012, Teodros speaks candidly about the expectations versus the realities of immigrating to the United States. Returning to the theme of poverty and reflecting his social consciousness, Teodros raps, “mama what they didn’t tell you about the West is, people live here more empty and desperate”. 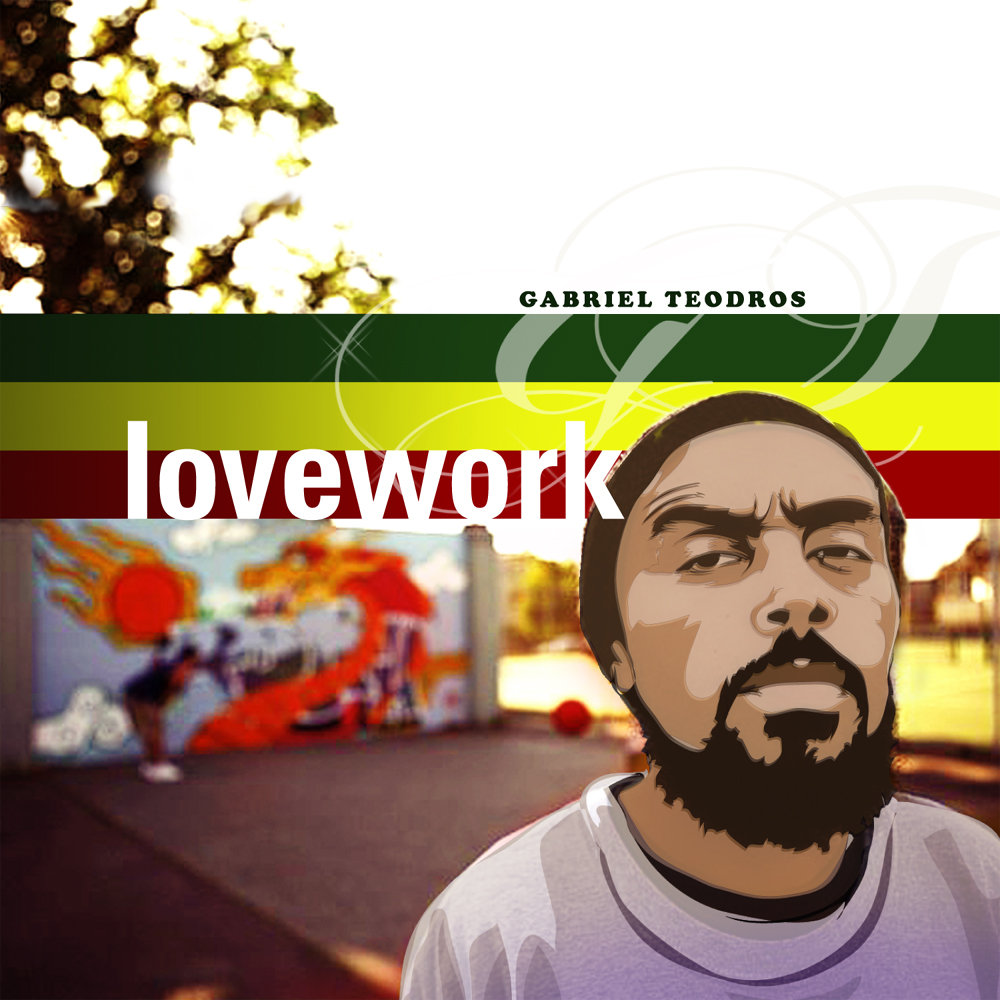 In his debut album, Lovework, Teodros combines literal and conceptual connections to his African heritage to support black unity and explore his own identity. The cover art immediately states the Ethiopian connection, brandishing the Ethiopian flag and an image of Seattle street art in the background. “In This Together” and “East Africa” discuss the balance of U.S.-Ethiopian identity and the sense of connection that Teodros feels to his homeland and fellow Ethiopian and Africans regardless of what he may have lost while living in the United States. A more recent work of his, “Domestic Imperialism” places gentrification in the context of new-wave imperialism, re-contextualizing how current hardships for many black Americans as extensions of the imperialism that swept across the African continent.

Gabriel Teodros is an American born, second generation immigrant, with a brilliant memory of Ethiopia and dedicated to honoring that in his music. Building off of an American jazz sound, Teodros speaks with calm confidence on his African roots and offers critical insight to both Ethiopian and American socio-political debates.