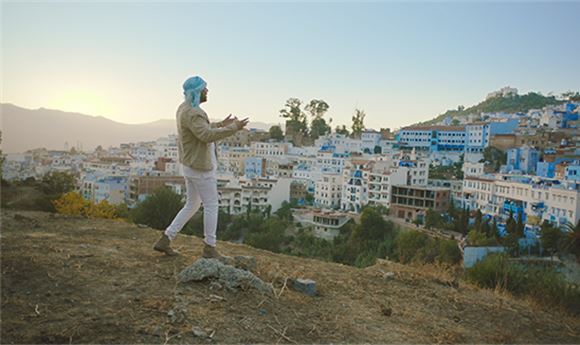 French Montana, an internationally acclaimed rapper based out of New Jersey, has not forgotten his African roots. Born in Morocco, French Montana, whose birth name is Karim Kharbouch, moved to the United States when he was thirteen. However, even after several prominent albums and singles in American markets, French Montana is still sure to pay homage to his birthplace. The video accompanying “Famous” off of his latest album, Jungle Rules, is set in his home country. Since leaving Morocco, French Montana has obtained American citizenship, but again, this video indicates the fondness he retains for his home.

Although the song is performed in English, words shown in the beginning of the video use an Arabic font adapted to English words. The video is set in Morocco, and pictures locals playing soccer, relaxing, and generally living a simple life. This relates to the content of the song, where French Montana sings that he hopes the listener doesn’t get famous, and asks them to stay home with him. I interpret this as French Montana warning the people who live a simple lifestyle that a life of fame is not always the best. Perhaps he is commenting on how returning to Morocco, or his memories of his time there being better than his present state, causes him to wish to return to boyhood. Although he usually sticks to conventional rapping, French Montana sing-raps this song. Throughout the video, he is dressed in traditional Moroccan headwear, but Western clothes beyond that, a metaphor for his dual life as both a Moroccan and a Western music star.

French Montana has not only been a strong supporter of Morocco, but Africa in general. In 2017, he donated $100,000 to Mama Hope Organization, an organization that works to support entrepreneurship in Uganda. For this act, he was recognized as a Global Citizen Ambassador.