Moroccan rapper French Montana arrived to the South Bronx in 1996. At the time he immigrated, the rap scene in New York was incredibly popular with heavy weights such as the Notorious B.I.G, Jay Z, Nas, and Mobb Deep ruling the scene. French Montana became enamored with rap, and decided to pursue a career of his own. While French Montana has resided in the U.S. since he arrived at age 13, his father returned home shortly after 1996, leaving part of French’s roots in Africa.

For his song “Famous” French Montana chose to return to his home country in Africa to film the music video. The lyrics for the song serve as a love song for someone trying to get back a lost love, with lines such as “Even though the world was meant for you / I hope you don’t get famous” and “Stay home with me/ Stay home with me/I’ll always love ya, I’ll always”. However, the imagery for the music video seems to have Morocco fill the roll of the lost love instead of a person.

Throughout the video we are shown scenes of a young boy kicking around a soccer ball in an outside compound. The boy slightly resembles French Montana, and it is confirmed that the boy is acting as him in his past life living in Africa when Montana is later shown kicking around the same soccer ball.

The young boy is later shown walking hand in hand with a woman through the market square. The woman is dressed in bright colors, and a traditional dress. I believe this scene not only a flashback to French and the deceased relative the music video is dedicated to, but it is showing that no matter where French Montana travels, he will always have Morocco present with him and on his mind.

While it is not commonly brought up in French Montana’s music that he was born and raised in his Morocco, he spends this entire video focused on Moroccan culture and heritage by wearing a traditional caffan and turban. At the end of the video, a dedication is shown along with an old photo of a young French and the deceased relative. 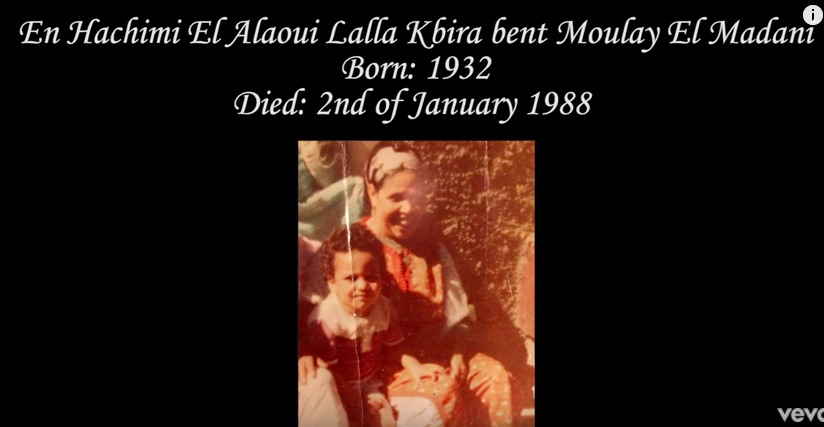