Nowadays, it seems like it is so easy to reach stardom; and in some cases it is! Let’s be honest, living in the digital age has left so many chances to become rich and famous. Two things are for certain: if it’s Hip Hop in anyway, you can go viral, if it is a child showing their talents, you can go viral.

Dizmo, an uprising 9 year-old Zambian freestyle rapper, has taken the world by storm in his short but sweet freestyle video. In the video, Dizmo appears as a normal kid, with his bike but he starts “spitting” some serious bars and although I don’t understand the language he is speaking in (), I know that he is dropping some heat because of the reaction he is getting out of his audience. Talent isn’t something you are taught, you are born with it. Dizmo was at the right place at the right time.

The rigor it takes to captivate an audience, and get a reaction is extremely hard to do and the fact that he is doing it and killing it at such a young age speaks volumes.

After he finishes what seems as his first verse, his audience bursts out cheering, using Black vernacular, calling Dizmo their “nigga” which is a word that was filled with hatred, but was flipped and turned to a word of endearment.

At this moment, Dizmo noticed that he had talent to because he gave a smile and resumed with his rhymes. The audience then asks for his name and he proudly says “Dizmo” and resumes with rapping. Little did he know that he was on the rise of stardom from this video.

Since the video has dropped, Dizmo has been recognized by some Zambia’s big rap artists like Slap Dee, he has gotten adopted by a well known local man named Uncle T. This guidance is very necessary for Dizmo’s success because he’s never lived like he is about to before. Going from homelessness to stardom is a fight on his own.

Although I don’t know what Dizmo is saying and where he is exactly from, I feel like I can relate to him, not because of what he’s been through but I can relate to his grind to get to where he know he needs to be. I can feel his passion for what he does through his use of his language. His verbal and non-verbal cues show his engagement with his craft as well as his engagement with the audience.

This is the start of something new, clever, something Dizmo. 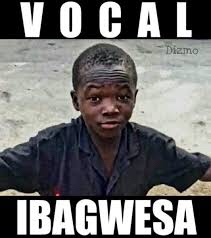