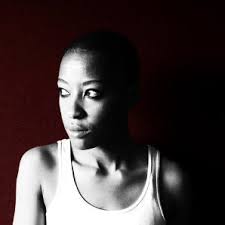 When Emancipation from self comes from understanding your Blackness, you have to reach a moment of most clarity for yourself. We have been taught and forced to emancipate ourselves from our gender, from our skin color, to where we came from, but they have not understood whom we are. Yugen Blarok , a Hip-hop artist, producer, and mc, from South Africa; Eastern Cape; has been able to show us a different form of emancipation, more like transformation of soul into musical hip hop lyrics. Hip-hop artist Yugen Blakrok, “has been listening to Hip-Hop since the 90’s”; known now as the golden era for hip-hop, that still had verses dedicated to blackness and the struggle for self identity. In a male dominated genera of music Blakrok has still been able to pay tribute to her influences, Wu Tang Clang, De la Soul, and Tribe Called Quest. She describes her perspective coming from a human perspective much more then from a female mc identity. Not for the reason that she knows female M.C.’s are still not well represented in the hip hop scene, she wished for her music to be acknowledged as accessible as possible to identify with. She explains how when music is forced to be categorized in a single talented verse of a single categorized rhyme, the music becomes diluted by filters unnecessary when one should be listening to music because it feels good. Music should be enjoyed as itself, for what it sounds and means to the individual independently, from what the artist intentionally or not made it to be.

With a long history of hip hop artists Blakrok drives her inspiration from, she describes her music as “alternative hip-hop, which straddles on the “darker and more lyrical” side of rap.” Which anyone who listens to her 2013 album Return of the Astro-Goth, you can understand why. As a South African artist from Eastern Cape, “she was signed to renowned indie label Iapetus Records, and was nominated for Best Freshman, Best Female Emcee and Best Lyricist at the 2014 SA Hip Hop Awards.”

As an Working class sister, who spends her time cleaning toilets for the elite class, who tries to work her many roles in life, as a student, mother, and a dedicated person to the building the revolutionary left. I appreciate Blakrok dark and lyrical sound, the tone of her beeps reflect a dark reality one lives, but her verses speak to a spiritual chance one could have if we just escape through her lyrics. In her song House of Ravens, she say’s, “In the darkness, the light seeks out the target And I’m starving for it, guerrilla styles like Darwin,” I interpret her meaning when you’re on the ground fighting for a cause within the mug, the light you finally see; will still be covered in mug because we’re still with the same darkness.

I can compare my experience with listening to mainstream hip hip, and trying to find good music. I can’t find anything that has not been tainted by corporate approved hip hop. Blakrok is the total opposite of what mainstream music would be, because her music is real and true like the life of survival before living. Another verse from House of Ravens i enjoy is “And still I breathe, exhaling smog from the chest Smoke makes my eyes bleed the colours of polluted sunsets Perched high on my mental complex”, where she breaks down the environment our unstable lives reside in, and how we continue pushing forward through the difficult muds of life. Yugen Blakrok, has definitely made a musical mark in what alternative hip-hop should be like when you have the right conscious inspiration and a true cause for music through lyrical revolution.