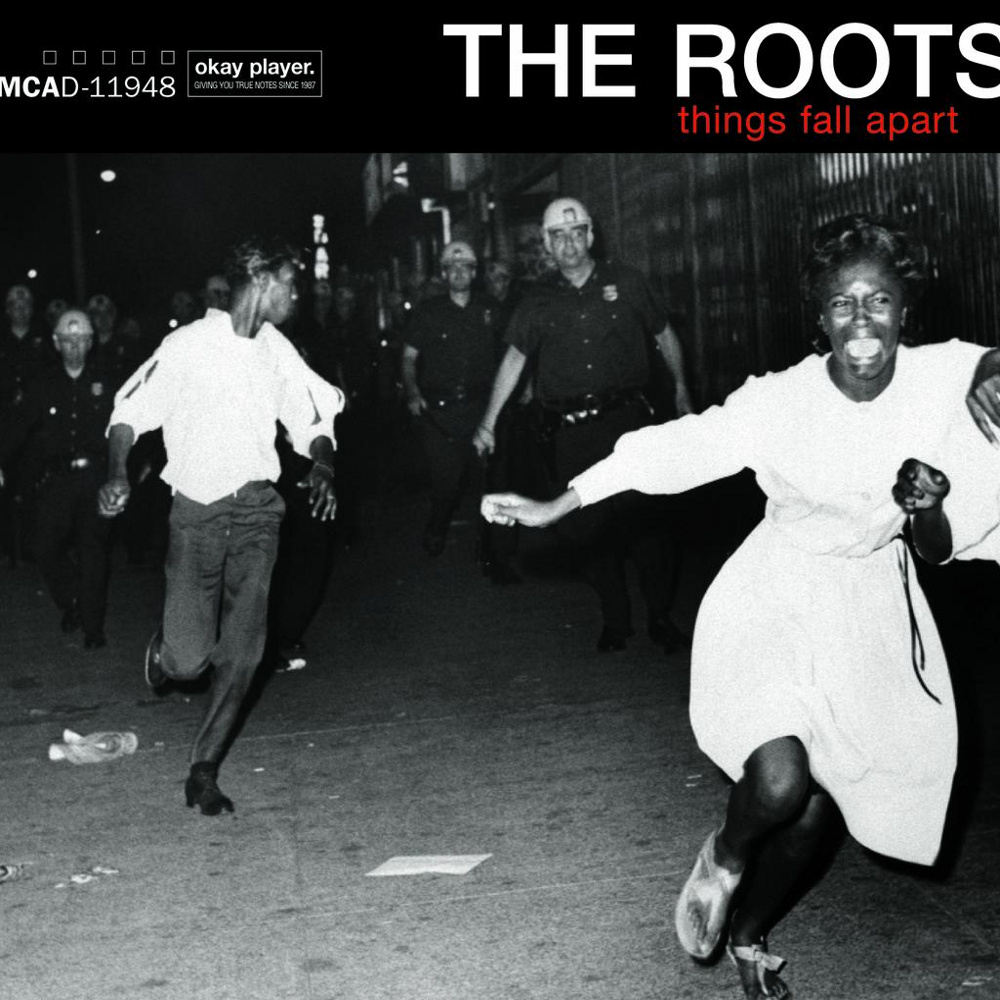 Acclaimed live Hip Hop band, The Roots’ “Things Fall Apart” was without a doubt my introduction to the Hip Hop Genre. One track in particular, “You Got Me” feat. songstress Erykah Badu and rapper Eve, stood out to me as one of the most memorable records. The 1999 release was met with controversy, primarily due to production disputes involving the original songwriter, Jill Scott, and MCA Record executives. When the record was brought to the execs in August of 1998, the chorus featured Jill Scott, who was then an unknown Philly spoken-word artist. Soon after it was strongly recommended that Erykah Badu re-record the chorus as a alternate version, which ended up making the final cut as the band aimed to add name value in order to guarantee the success of the record.

The Grammy-winning track was accompanied by a music video that according to the band’s Lead MC Black Thought highlights the “unconscious” percentage of the population. “To me, the image of people sprawled out, laying down in the streets represent the percentage of the population that is unconscious,” Thought said, “not really walking around with their eyes open to what’s going on around them.”

The song lyrics suggest a theme of loyalty and trust, especially within the lines of the chorus:

If you were worried ’bout where

I been or who I saw or
What club I went to with my homies
Baby don’t worry you know that you got me.

“You Got Me” challenges the health of a relationship, as it has grown from where it once was, and it rediscovers the trust between the two as Badu reiterates that her partner has no reason to harbor concern, she’s by his side.