Wale once kicked off a track rapping the line “allow me to introduce me, my name Wale don’t say Wally.” 11 years ago that was my introduction to him. As a new resident to the DMV area at that time the magnitude of what he represented to its denizens was lost on me. Only now 11 years later am I beginning to consider and comprehend a modicum of the magnitude that his identity as a Nigerian-American rapper meant not only to the American hip hop culture but also to the burgeoning hip-hop scenes across the continent of Africa and specifically to his homeland of  Nigeria.

Born Olubowale Victor Akintimehin, a name that oozes African identity, Wale’s work has regularly displayed his connection to his homeland – if not sonically then only in mere mention. Taking into account his most recent studio album, Shine, Wale features a few of the most prominent and talented artists that Nigeria has to offer in Wizkid on “My Love”, Phil Adé (who is technically Nigerian-Grenadian) on “Smile”, along with Davido and Olamide on “Fine Girl”.

One tidbit of public interest, or perhaps merely of interest to me as a music journalist, is that this album made frequent use of Afrobeats. Afrobeats is a genre of music originating in Nigeria which Fela Kuti is credited for having created, or at the very least is a noted as an important factor in it’s utilization. It was created with elements of West African jùjù (a kind of Yoruba percussion per Wikipedia) and African-American jazz in the 1960’s and 1970’s.

Shortly after Wale released ‘Shine’ , to much praise and critical acclaim, there was one critic in particular who tried to dull that shine by claiming Wale was riding the wave of rappers (*cough* Drake) who were biting the Caribbean sound. This…did not go well for the critic in the court of public opinion. 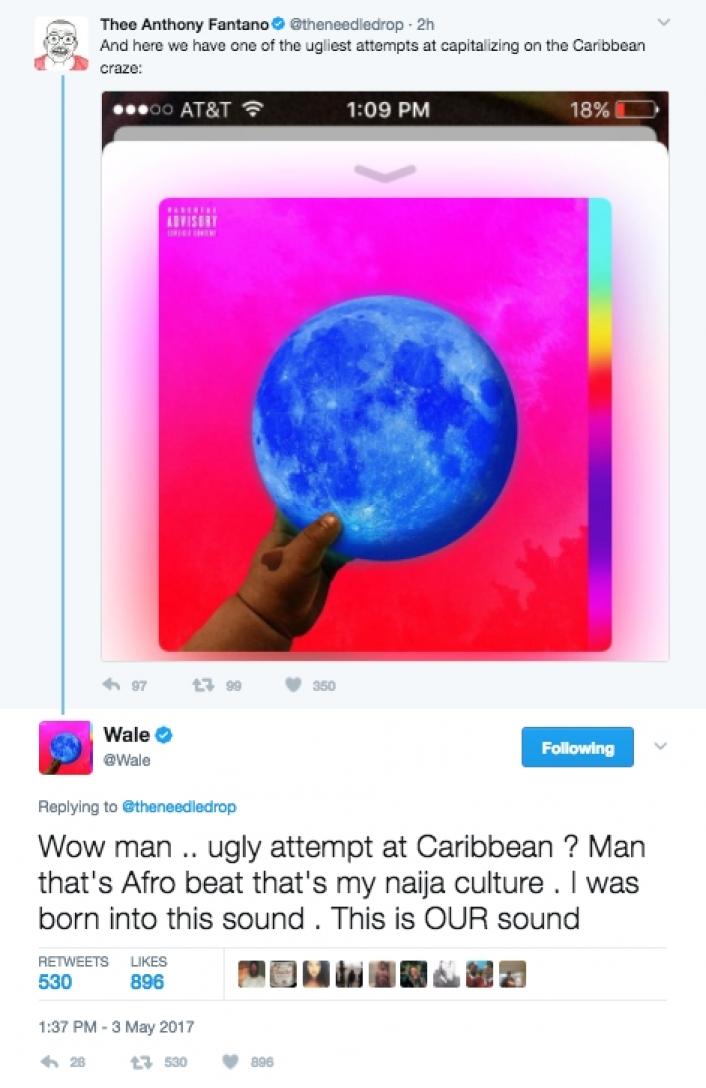 I won’t delve into the politics of a white music critic telling a Naija artist that he is biting the Caribbean sound while he is in fact creating the music of his people and culture – I’ll let the readers do the math on why that doesn’t add up. However I will say that Wale’s beats have ALWAYS been on point, especially on this album in which the Afrobeats are spirited, lively, and potent. The sound is equal parts unique and familiar. What we get is a finished product that combines his DC swagger and rap style with Naija afrobeat thusly representing and honoring the disparate nature of both his ethnic African background and American upbringing; ultimately creating something for both longtime and new fans alike.