Who is Kween G? In her new song “Who am I” posted on her Soundcloud in September 2017, the female artist gives an interesting mixing to her followers. She refers to two essential components of her life: her African origins and her desire to assert herself in a life that has not always been easy.

According to her interview with Miss Hennessey speaks blog, Kween G Kibone’s name is composed of the letter G from Goddess and of the word Kween for Kibone, named after her grandmother. The hip-hop female artist was born in the Bugisu tribe in Uganda and raised in Australia since the early 1990s. Since the early 2000s Kween G occupies the Australian hip-hop scene with powerful and engaged songs. In 2010 she was honored Young Citizen of the Year by Marrickville Council (Sydney). She is currently maintaining a high level of community work especially with young girls and indigenous people in Australia. 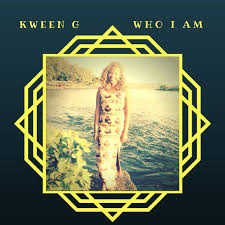 In her song “Who I am”, Kween G tells her story. She is proud of her origins, as she sings: “I am coming from a continent, Africa sing it!” Although she left her country at a young age, African aesthetic is always present in her work. Strong lady, from a single parent family, she sings her ambition but also the obstacles she overcame to stand where she is now.

“You don’t really know who I am

Situation blows to become who I am

I am the Queen, the Goddess, the Amazon, yes!

I know who I am now haters impress”

Certainly, Kween G followed a long path from her native Uganda to her established brand in the Australian hip-hop industry. This journey built the woman she became. The artist is aware of what she faced. The song ends with an answer to the title: “She is coming out of exile”, which proves that migration definitely had an impact on her current vision of the world.