Today I Learned: African-American & African Trap Is Pretty Much Identical Thanks To Cassper Nyovest’s “Tito Mboweni”.

Now first and foremost it is not my intent for this brief assigment to be perceived as a criticism, condemnation, or any negative synonym associated therewith. It is instead an American rap fan being exposed to the cultural similarities between African-American and African trap music and working out his thoughts on [digital] paper.

With that said, as I was searching the web this evening for videos featuring South African rappers I happened upon Cassper Nyovest; a critically acclaimed artist hailing from North West, South Africa. Cassper has even worked with prominent names in American hip hop such as Black Thought of The Roots, DJ Drama, French Montana and more. What I found particularly striking, and by striking I mean unexpected and peculiar, was the imagery of his music video for “Titi Mboweni”. Named after the first black South African to hold the office of Governor of the South African Reserve Bank, Nyovest’s video is replete with American hip hop staples such as luxury cars, models, and lots of money being flaunted. For a moment I had forgotten that I was watching a rap video from another country as it looked virtually identical to what I would expect to see from virtually any American trap rapper. 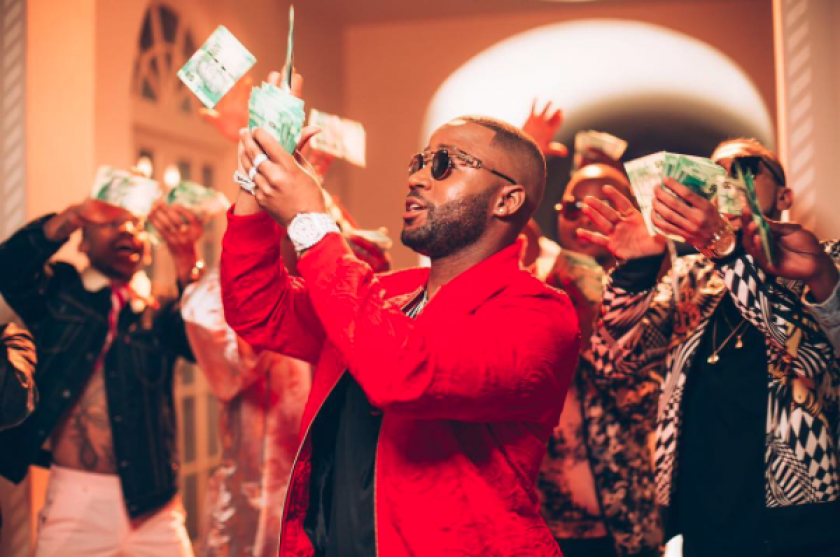 While I understand that rap and hip hop culture historically find their roots in African drums and call & response style music, nevertheless I was still surprised and even a bit disheartened in watching the video. What did I expect? Having recently done a bit of review on fellow South African rapper Kwesta and his music video for “Spirit” – I had hoped to be given a better sense of who Cassper is, where he comes from, and ultimately his unique creative touch and style. Instead it comes across as the standard commercialized rapper image and cadences familiar to more popular global acts [cough…Drake] as he switches to speaking in Sotho.

Granted, take this all with a pinch of salt. These are merely my ruminations of the moment on the matter. The track and video DO go hard if looking at it purely from an entertainment value perspective – which is perhaps what is necessary for a burgeoning South African talent who is clearly on the come up and for my American’s like myself who are only just learning for the first time that Hip Hop is alive and well in the motherland.