The avant-garde city of Berlin is not a place usually associated with Africa. Empires such as the French and British are more commonly connected to places such as Dakar and Nairobi. As influential as the colonial powers were, however, Berlin has one of the strongest connections to the continent because of the Berlin Conference of 1884, where the western world carved out Africa for their exploitation and influence. As a result, even today African history is taught in the terms of European powers; francophone Côte d’Ivoire and anglophone Tanzania are prime examples of how the West views the continent today. Rarely is African history – real African history, the stuff that can be found buried away behind stacks of European history, used as an educational tool. This contributes to the continued vision of Africa as a representation of its most frustrating tropes: old-fashioned, dirty, and unable to help itself.

Born in Ghana, Samuel Bazawule a.k.a. Blitz the Ambassador aims to change that perception. Now based in Brooklyn, Blitz the Ambassador uses multiple languages, funky beats, and a swift infusion of Ghanaian flair to educate citizens of the West about the true treasure of Africa. In “Africa is the Future,” Bazawule raps about the importance of having a positive mindset, sufficient foresight, and a strong vision of what Africa can become. First speaking in English and then in French, Bazawule demonstrates the diversity of cultures. Rapping of a new tomorrow, he speaks of one that needs building now. One where skyscrapers fill the horizon, where African space programs are at the forefront of technology, and where she stands strong, away from the prying hands of the West. 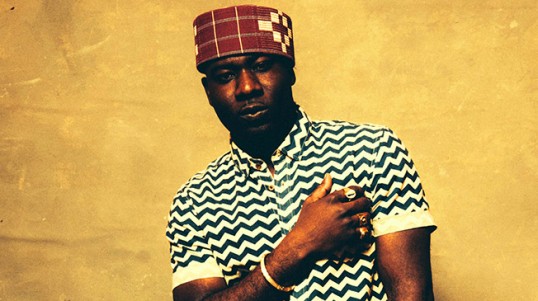 Blitz the Ambassador has an overarching message in this song and others: Africa is not its former colonizers. It is not Anglophone nor francophone; but African. It is not communist, socialist, or whatever label has been thrust upon it; it’s African. If the term is considered unacceptable to society, then so be it. Let the world feel uncomfortable, for only then will it start to question its own actions. Only then can it realize the damage it is doing. Only then can it let Africa stand on its own two feet. While Africa can stand alone, Bazawule expresses doubt that the rest of the world can without Africa’s resources for them to plunder. But the age of Europe is ending, and it is time to give the continent credit, without relying on the force of its unwanted sponsors. Africa is the future, and its future starts today.