No worry about Askia

Hoarse voice, open sexuality and disclosure of the body in rather explicit movements, blended with hip-hop masculinity, are the essential elements of Cameroon hip-hop female artist Askia’s video No Worry Me. In this 2015 video, Askia embraces a traditional representation of women in hip-hop: the fearless woman. As stated in a 2015 interview for Kamer Kongosa, Askia does not care about anything or anybody who has something to say about her art. She is “doing her” and she knows “it is hip-hop” and this is how it works.

In a military atmosphere with warm color of brown and yellow reminding the color of the soil and a dry and hostile place like a desert, Askia expresses her ferocity with a dog on her side. The fact of using a pit-bull, which is usually referred as a frightening dog, increases the fierce atmosphere of the video. A close-up on her mouth with a cloud of smoke suggests that she has no restraint in smoking in public. In addition, she is surrounded by her crew, a group of women wearing bras and clothes that can be perceived as suggestive for men’s view. The group aims to dissuade any opponent who would dare to confront her. 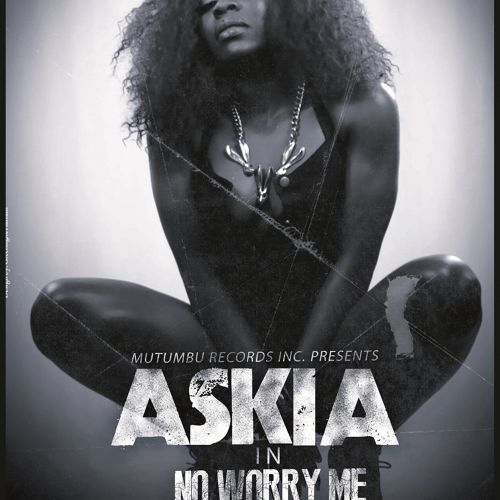 Askia does not care about people who “try to strop {her} shine” and even less about men. As the usual male rapper she does not hesitate to use the “n-word”. She expresses her independence to some “boys”, “bros” and “homies”. She answers to her detractors with strong lines:

You get to fear me”

Have the right to remain silence”

Definitely, with some touches of sex appeal added with some sparks of narcissism hidden behind confidence, Askia has all the ingredients to become a “Boss Lady” in the Cameroon hip-hop industry.

One response to “No worry about Askia”