More Than Hip Hop: I Am…Young Kenyan, Intellectual, and Revolutionary

Judge currently from a rap group called Blackduo. He and the group are Kenyan born artists who tried to empower the urban youth in Kenya to resisted the massive in a peaceful demonstration. Judge was “was born in dandora raised in ziwani were people smoke a lot of weed to release the pressure” according to an interview Judge conducted with Hip Hop Kambi. According to Hip Hop Kambi, Judge created a project named Hip Hop 4 Peace. Judge mention that “HIPHOP4PEACE is a movement for every one not only hiphop artist because hiphop is a culture of peace love and unity and this is exactly what the world needs not only Kenya.” Also, the interview went on exploring Judges take in politics and society. Judge stated, “[‘politicking’ means] Man eat man society because of politic every one is bizzy hyping his tribal leaderz,” which was interpreted as politics influence people’s behavior. Also, the interviewer asked him “What is ‘mental slavery’? Do you have a “philosophy of education,” his replied was “ukoloni mamboleo under paid,” which mean neocolonialism undermining people skills and abilities by underpaying for their services. Judge was a very conscious person because a question was about the youth and the drug problem in Kenya and he stated, “drug is a problem in the whole world not only Kenya but, for example, the problem we do face is because of idling, joblessness, lack of education.” Nevertheless, he was asked about the violence in Kenya, and his responses were “I cant say who is promoting violence, but I can say what is promoting violence e.g., poverty, tribalism, hate spich’.” The one message that he was trying to spread to the youth in Kenya was open up your mind and resisted the oppression in a peaceful manner, which was clearly illustrated in a hip hop song he collaborated. 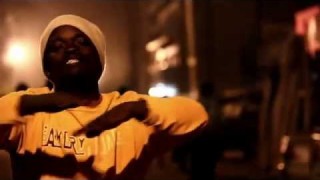 Judge collaborated with a group named Washamba Wenza from Dandora, Kenya. The collaboration brought about a song called Shupav which means “…we all SOLDIERS of the same struggle and we all gotta go hard…” The song and video wanted to highlight that since they are artists and receiving some money for their talent do not mean that they are not still struggling with the rest of the poor people. They were calling for everyone in Kenya to participate in a peaceful revolution to get their voices heard on being an end to poverty. The message the song was displayed was that people in Kenya need to wake up and demand more from their politicians. Ntarangwi explained that Kenyan artists hip hop songs are for a political campaign to stop injustice and inhumane acts amongst their people.

To read more about Judge style of rap

To read more about the interview

To see more of the video description