MC Amin, an Egyptian rapper from Mansoura, Egypt, grew in popularity since rap emerged in the country in the early 2000s and remains one of the most popular Egyptian rappers today. His discography is largely political in nature and echoes sentiments felt by youth living not only in Egypt before, during, and after former president Mubarak’s regime, the Arab Spring, as well as under current President Abdel Fattah al-Sisi. Egypt has some of the highest rates of youth unemployment. The al-Sisi administration has used military, police, and judicial power to control the media, enacted legislation to censor civil society, and human rights abuses. Inflation, poverty, and youth unemployment rates are at an all time high.

The music video associated with MC Amin’s song “Mabrouk Ya Sisi” (“Congratulations, Ya Sisi”), was written after al-Sisi was declared president in June 2014. Following the ousting of Hosni Mubarak during the Arab Spring in Egypt in 2011, and the short term of Mohamed Morsi, al-Sisi rose in the ranks, staging a military coup in 2013, and won 96 percent of the vote in May of 2014.

“Mabrouk Ya Sisi” is a powerful song of protest against the current government under al-Sisi. As seen through his word choice, the imagery in the video, and the style in which he conveys his message, Amin is angry, and calls for a ‘third revolution’ to remove him from office. The first lines of the song, translated, is “By the way, I won’t spare anything from being said for tomorrow…/Tomorrow, sir, the revolution will rise without any stars/The revolution will return once more”*…Referencing the fact that he gained power and holds power similar to Mubarak’s regime. Amin raps in a style that feels like a personal letter to al-Sisi, calling him out for election falsification, lying, and his militaristic leadership, as seen in the lines of the first verse:

“What dirty form of humanity are you whose smell is so rotten?/These people eat the prey and you, the wolf, pretend to be the shepherd.”*

In this line, accompanied by collaged images of various political figures and people in the media, presumably caught while talking about al-Sisi and the elections, inciting faces to the people he references as the “prey” of al-Sisi, the wolf who pretends to be the shepherd. He follows with imagery of funeral processions and people fighting back against the military presumably at Tahrir square, while saying things like “these people murder the dead and walk in their funeral processions like everything’s fine/… Be honest with yourself. There’s no need for any maneuvers./Conspiracy theories won’t achieve the demands of the revolution.”

“Bless the hands of those who returned the rights of my brothers to me.*
Here’s “A Good Omen”: the revolution is still alive in my country.
Long live Egypt even though so many people sold her out shamelessly.
Every single person among us is angry about our situation.”*

In the chorus, Amin is threatening al-Sisi, saying that the revolution is still alive, people are still upset, and there is another revolution coming to get rid of him. Using imagery corresponding with each of the four lines of the chorus (see below), Amin effectively uses imagery combined with strong words to convey his political message. The first photo (upper left), is in reference to the line saying “bless the hands of those who returned the rights of my brothers to me”. The second photo (upper right) contains signs of protests calling for the political and social freedoms they do not have, and referencing the revolution that is still alive in Egypt even after the January 25th revolution (Arab Spring 2011). The third photo (lower left) is referencing some of the people Amin claims ‘sold out’ Egypt. The fourth photo (lower right) is a photo of more protest signs. One of the signs says “The revolution continues, not just the previous regime”, referencing the fact that people are still angry after the revolution of 2011. “Mabrouk Ya Sisi” and most other of MC Amin’s rap is political and serves the purpose of not only expressing personal and collective upset towards authoritarians like Mubarak and al-Sisi, but also as words to spark action among Egyptians, especially the youth. By showing imagery of past protests, including images of Tahrir square protests, signage, and police brutality, MC Amin effectively conveys his message to his viewers.

The song’s popularity is evidenced by the use of the hashtag #مبروكــياـسيسي, or #MabroukYaSisi which trended on twitter especially after the elections in May of 2014 and the song’s publication. One of the most popular rap groups in Egypt, the Arabian Knights, and the most popular Egyptian label, Arab League Records (his record label), shared the song on twitter, saying:

You say: “Who is your master?” and I say, “This is my opinion, what do you think is so funny?”

Be sure to check out the full song with the accompanying video on YouTube here, and check out more of his music on SoundCloud here. He also has social media accounts on Facebook, Twitter, and Instagram. 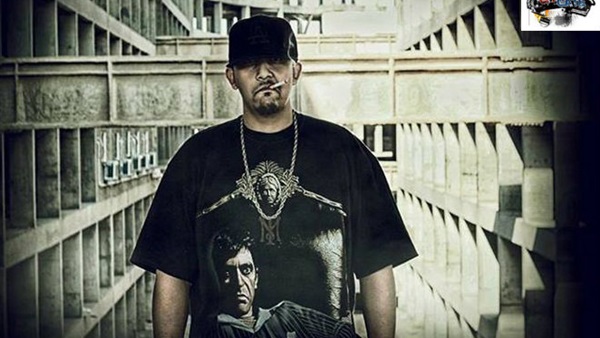