Immediately, M.anifest’s “Cupid’s Crooked Bow” begins with a smooth, African drum beat, fused with South African artist Nomisupasta’s unique voice – a kind of tone that is completely original but also, to me, sounds like a mix of Adele and Erykah Badu’s voices (especially when Nomisupasta sings in English). M.anifest raps in English, creating a familiar sound that that reminds listeners of classic, slow-beat American hip hip. Because of the elegance of his lyrics, M.anifest’s rapping style is a kind that likens that of American artist Common, with the way he describes and admires his encounters with a woman.

The video is in a pleasant high quality, and the images offer watchers a relaxed, night scene that includes an abundance of dancing and some drinking. The refraining lyrics in the song “There’s something special about you”, along with M.anifest’s nostalgic verses offer a sentimental mood to the song, easily making it an admirable one with its use of piano and occasional electric guitar licks.

The use of guitar makes “Cupid’s Crooked Bow” a song heavily rooted in Ghanaian music, because Highlife – a Ghanaian genre that predated hip hop in Africa – consists of European instruments and is especially guitar-heavy. Because M.anifest includes this in this piece, he is able to be a true representative of hip hop and decidedly remains close to this distinctly Ghanaian sound. 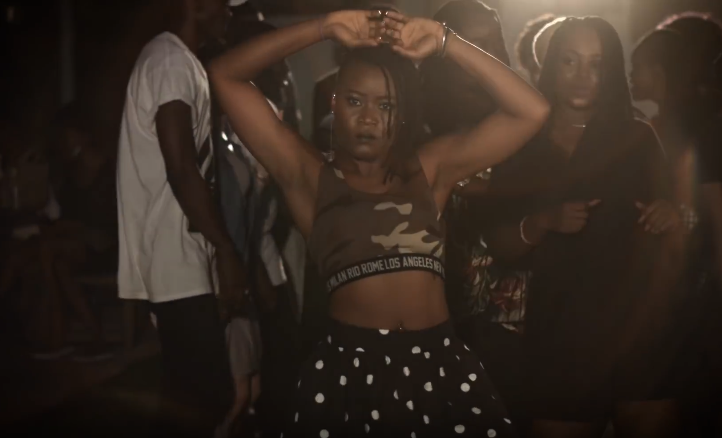 After the 3 minute mark on the video (around 3:06, to be exact) “Cupid’s Crooked Bow” suddenly takes on a “trap beat” – something especially prominent in modern rap music, and very unlike the African drum beat that is present throughout the majority of the song. This is a profound artistic touch because by adding this trap beat, M.anifest displays the growth and diversity of African hip hip music – over the years – through his song (beginning with traditional African sounds and ending with a mainstream rap beat, used worldwide). As soon as this beat appears, a girl simultaneously appears in the video and begins to dance while holding a strong eye-contact with the camera. Her dancing is representative of West African dancing styles, and is therefore another significant cultural element of the video.

Watchers of “Cupid’s Crooked Bow” see and hear it all at once: the Highlife elements, the classic slow-rap style, the traditional African rhythmic beats, the West African style of dancing, and the Western music elements. They are able to identify all of this; and because of it; the song is sophisticated, easily admirable, and is an undeniably good track.