Who is John Chiti? 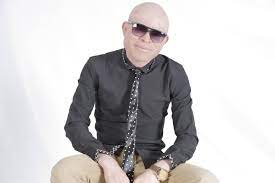 John Chiti is a famous R&B singer from Zambia who grew up in Zambia’s Copperbelt Province. John was born with albinism. When Mr.Chiti was growing up classmates taunted him, teachers beat him, and strangers spat on him for his inherited disorder. John usually sings about love and less of social and political issues. Now he has been opening his spectrum of music with his song “Corona Virus” (see above video link) where he sings about those suffering albinism, just like him, from disabilities during COVID-19. Zambia is home to about 25,000 people with albinism. This song was dropped on June 6, 2020. John understood the effect that Corona had on his fellow Zambians. He knew that those of albinism were in fear that they would be taken for pieces because in witchcraft those suffering from this disorder were seen as a “lucky charm”. During this time, Zambia had recorded nearly 10,000 coronavirus cases and over 260 deaths, according to the World Health Organization(WHO). Prior to this release, cases had gone up and in August of that year body parts had been stolen from a grave, and a street attack was reported in the capital Lusaka. Chiti was stating his issues with organizations, such as the Thomson Reuters Foundation.

“We’re being told to observe social distance but how can a blind person who requires a guide move about? Information on how to keep safe has not been translated into braille or sign language and washstands for cleaning hands are often inaccessible to wheelchair users,…”

With five albums out to his name, John Chiti describes himself as a music activist and increasingly writes about social issues “close to my heart”. This social issue is something that connects to the discrimination that he felt in his childhood from his father shunning him, not being able to see well, his mother dying, etc. Chiti is an example of an artist that combats these issues to help those who might be going through the same thing or something similar.