Sarkodie is a hip hop artist/ rapper from Tena, Ghana. His full name is Michael Owusu Addo. In 2012 he won the BET Award for Best International Act and in 2014 he won an Independent Music Award for Best Song: Rap or Hip Hop.  When I listen to the song it sounds like an American hip hop song that you would hear today. As I was watching it I noticed a lot of similarities between his video and the videos you see hear in America. When you look at the video it shows him in the dessert and it seems  as though he is doing a deal with some guys who seemed to be Arabs, kind of like what you would see in an American video. You also saw the glorification of woman as sexual objects objects with the woman in the dessert. His style of rapping is very fast and very hard. He talks a low about power. Listening to his lyrics I found them to be hard to understand until you listen to the song like two or three times. In the song he talks about controversial contracts that he has been given which has he has learned from and has learned how to deal with the struggles of being famous and negotiating. In one part he says “the Lord is still my Shepherd, he is regarding his upbringing and religion as an impact on life. When I looked up some reasons for the song being called Illuminati, I was shocked at his reasoning for it. He talks about how when he was struggling to become a successful rapper, no one helped and no one looked at him as being one but when he finally became successful, people bean to call him the Illuminati and regard him as an Illuminati because of his fame and his style. 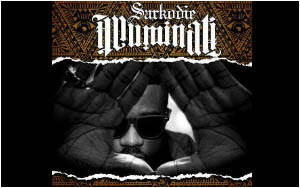