Ghana & Senegal: Letters to the People

There are many types of hip hop songs: some sample old songs, some create their own back track, some tell a story and some send a message. In many African countries, the voice that hip hop artists have due to their popularity has been used to speak to it’s community of listeners (typically the youth) to send positive and political messages. Protest and Combat type hip hop songs have been ways of stressing an issue that is affecting the lives of many. An example of this is the Senegalese group named  Y’en a Marre  who took their talents and urged the large population of young people to vote against corrupt actions that were taking place by the government. Besides these common characteristics, there are also songs with a message to the people that are simply enlightening.

Ghanaian hip hop/ hiplife artist m3nsa has a song that speaks to his audience in a way to reassure them about life’s doubts called No One Knows. The video begins with a young girl in a yellow rain jacket and red boots lip-syncing to the song No One Knows by Asa about the uncertainties in life with a big smile on her face. M3nsa then enters with his positive verses. The big picture that the entire music video as well as his lyrics were trying to convey was that despite the constant fear of the unknown, it’s okay to not know what will happen, just trust in yourself and live each day one step at a time. This song’s message and visual imagery conveys positive energy and reassurance to it’s audience.

There are many hip hop songs that are similar to M3nsa’s that bring comfort to a common fear that many have. On the other hand, there are times when an artist makes a song that comforts an audience who are experience a certain situation. The Senegalese hip hop group Wagëblë has the perfect example for that with their song titled Message of Hope. This song is not in English but there are many elements within it (and obviously the title) that are clear signs of a song with a message. The first thing the audience sees and hears  is a clip from a news report explaining how despite the great poverty in Senegal, there are young musicians who are developing a “unique brand of hip hop, sending a message of hope to the country’s younger generation”. This sets the mood and theme for the video. Wagëblë are those artists and they want to bring that message of hope. Throughout the music video you see them performing live which shows not only their connection with their fans but their influence. There isn’t much imagery or any theatrics in this video like in m3nsa’s but I believe it’s for the simple goal of the audience having their focus on the lyrics. This is also hinted during part of the video that only show their lips mouthing the lyrics. 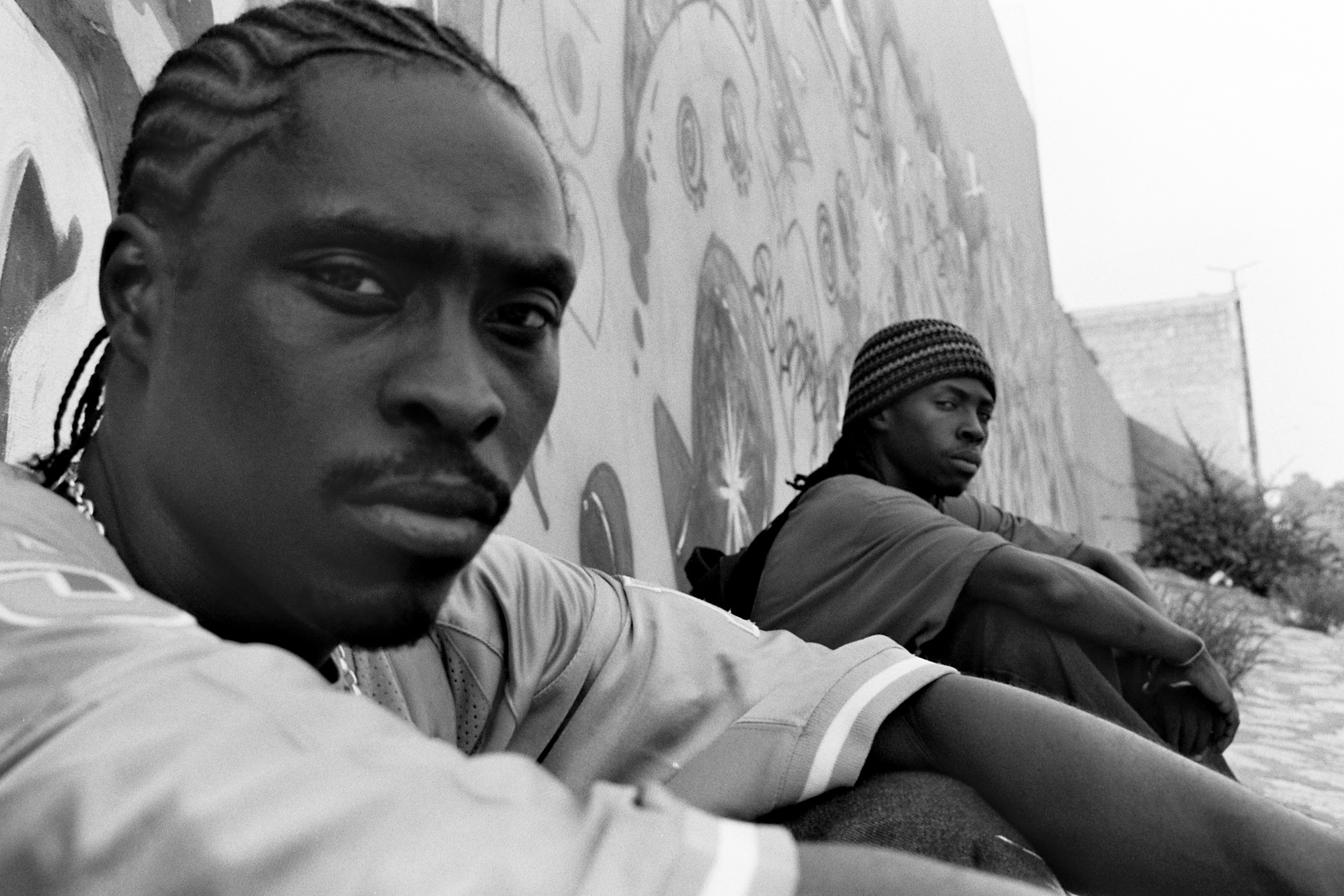 Both these songs come from different artists from different countries and yet despite their differences they both have a common goal of getting a message across. The message doesn’t always have to be about politics and it doesn’t always have to be about mundane anxieties but what does matter is that the audience can understand and relate. Hip hop will continue to change, warp, and evolve but one thing that keeps it alive is what makes us human: empathy.