From Behind the Boards to Breakout Star – Maleek Berry

Maleek Berry got his start like a lot of performers, producing tracks and writing songs. This was all years before he ever considered himself an artist, let alone a talent strong enough to launch a solo career. Though he spent some time away in the UK, Nigerian bred Berry got a seal of approval from some heavy hitters in the game including Davido and Wiz Kid. He credits them both for getting his career to the point it has reached now. All starting with his single titled For My People ft. Sneakbo in 2017. 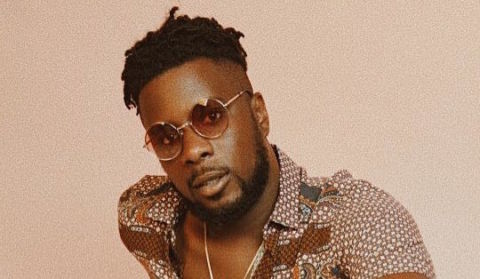 With the goal in mind of spreading the African sound profile around the world, he draws on all of his inspirations to create a sound that combines his South London accent, afro beats, and pop music’s appeal. Grounded in his Nigerian roots, but enamored with the ways of the world he found himself being moved (literally) by artists of many different backgrounds. Starting with who he commonly highlights as his earliest musical influence, Michael Jackson. The King of Pop pushed him to exploring and embracing the nuances of music. Aside from the mainstream music he listened to, his traditional family kept him in touch with the sounds of his people. During his time at school he also go in touch with the sounds New York rappers and dancehall. This all eventually led him to studying the foundations of making music, and developing a sound of his own.

He continues to make beats for other artists and now releases his own music that tells the stories he is passionate about. With a calm cool demeanor he delivers tracks that make you want to dance and enjoy a night out with friends.

He works to balance message and the music when delivering his music to the people. He continues to develop his sound and is working to establish himself as a voice not only in Nigeria, but the greater world community.