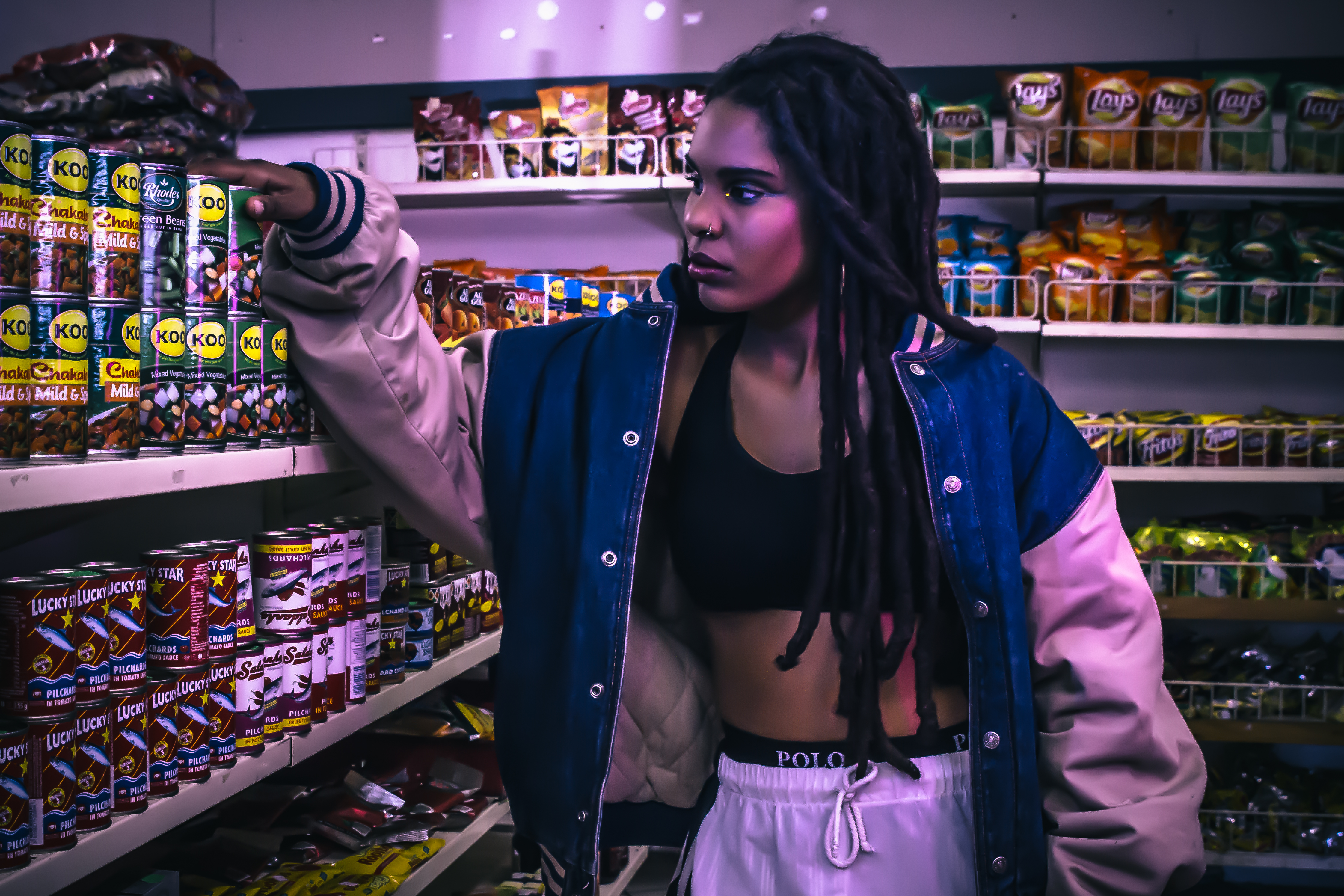 Catherine St. Jude, commonly referred to as Dope Saint Jude, is a Cape Town rapper who has rendered a reputation of transparency as it pertains to feminism, race, class, body politics, and gender neutrality. This rather edgy and controversial rapper has also served as a guest lecturer on the social mobilization of hip hop at a number of universities in Cape Town. Saint Jude’s debut single “Hit Politik” introduced her to local audiences, even offering a fresh perspective of Cape Town’s queer culture.

Saint Jude’s latest single, “Brown Baas” isn’t foreign as far as the rapper’s typically honest and edgy lyrics are concerned. The single explores race relations as well as matters of social hierarchy in a country still ravaged by discrimination and inequality. Lyrics such as “do you know what it’s like to be brown for a girl like me” and “they keep us in chains while they keep on building their towers” are representative of the rapper’s stance on gender neutrality and social inequality.

In an interview with OkayAfrica, when asked how she feels her presence as a colored woman and rapper is being felt she responded:

My coloured identity has always been a difficult thing for me to deal with. I am a first generation coloured person, as I come from a mixed race family. I recognise my blackness, even though I am coloured. I feel a great sense of responsibility to my community and to young women, to be a role model and to work hard. I think it is so important for us to have our voices heard, to change voice of the media and to create the climate we want in South Africa!

Dope Saint Jude stands as an activist for matters beyond the familiar topics discussed in music today. She has continued to release music that holds the intention of rubbing people the wrong way, in order to open necessary dialogue.