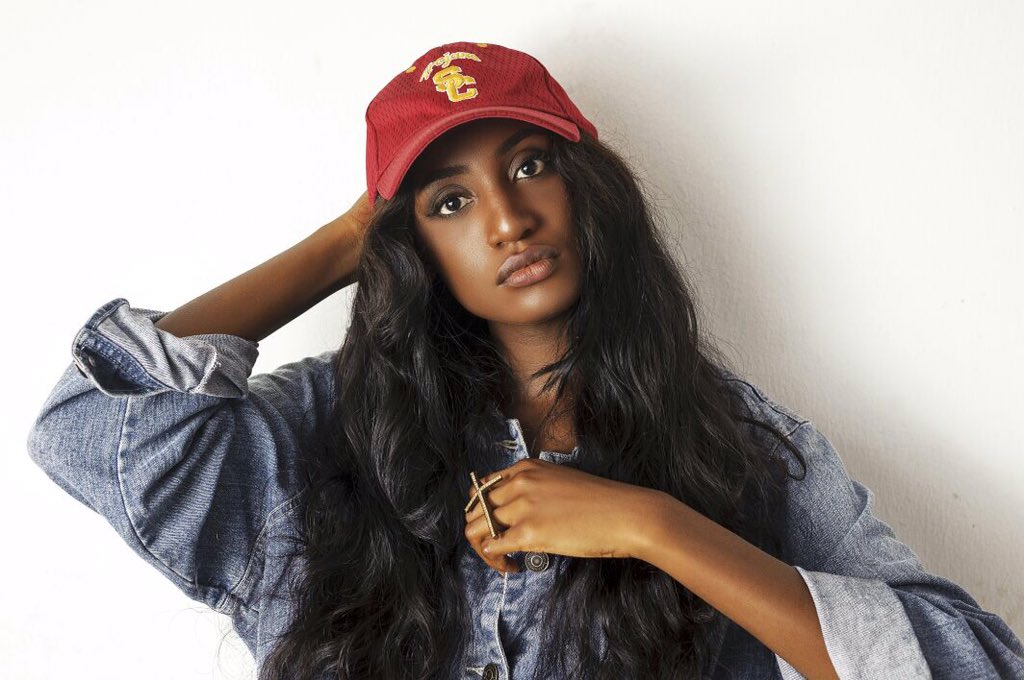 Born Mabel Oine Alubo, 24 year-old Bella Alubo is an up and coming Nigerian artist.  Bella signed with Tinny Entertainment in December of 2016, after being recognized for a cover of Kanye West’s song ‘Therapy,’ and has features with mainstream artists like YCee.

While being branded as Pop, Afrobeat, and Hip Hop, Bella reinforced her Hip Hop standing late last year in a cover of Cardi B’s ‘Bodak Yellow.’ While this cover only has 6,000 views, compared to her pop and afrobeat videos that have over 100,000, she uses this platform to show her lyrical abilities.

Within the first verses, Bella challenges the social norm of being a ‘femcee’ through aggressive lyrics.  These lyrics state that ‘they better run on the count of three, comin for the throne I’m too sick, better hide from me.’  In saying this Bella is challenging other emcees to come at her, because she knows that she is the best out there and can defend herself.  She also cites how she has been working for it and deserves everything she has been given.

Towards the end of her verses, she challenges the norm again by ‘switching’ roles with the male in a relationship.  Males are usually the ones that ghost the females, or cut off females because they aren’t on their level. However, Bella states ‘told that boy bye, I don’t mess with basic men,’ and ‘said this boy tried to stress me, so I cut him off… when he call I let it ring, no answer.’  This is putting Bella in the more ‘masculine’ role and reaffirming that she is not a femcee but an emcee that is laying claim to her title.

Within the music video, Bella is put on the forefront with her female squad.  While there are males in the music video, there are not a lot and the females are not dancing around them as many hip hop videos have them be.  However, it does show her with a water gun instead of a real gun, which makes me question the reasoning behind that. There is also a scene where she is alone in a dark alley, which is again challenging the norm because female’s tend to not be in a ‘scary’ or ‘sketchy’ area at night because there is no guarantee of what will happen or if we will be able to protect ourselves.

In the first few months of 2018, Bella has come out with a playlist with YCee that showcases her R&B and Pop abilities.  I hope that she is currently working on more music that will continue to challenge the norm and showcase her abilities.