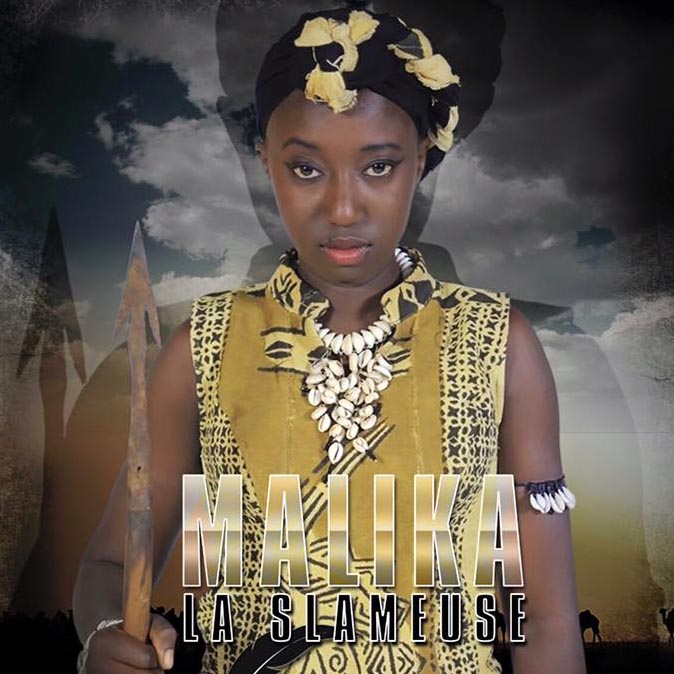 Female hip hop MCs are difficult to find in Burkina Faso. Many of the women I have come across online are not strictly rappers. Most of the women who are found rapping do so when featured with a male. This is to say that they produce music on their own as either R&B or pop. It is easily presumable that Burkinabe women in hip hop are accustomed to the notion that rap is a male dominated genre. It seems that their ability to be an MC depends on their reputation among the male MCs. The difficulty of transcending this notion is shown through the ways in which women are found rapping.

This interesting dynamic is played out in the work of Malika La Slameuse. In her video “All Night”, Malika features Stelair for the hook of her song while she raps the verses. The subject of this video is about an unfaithful partner and the way he is always telling her he is working all night long. When Malika La Slameuse had become aware of this, she deals with it maturely. While she is obviously upset, Malika laughs off her heart break even though she sees him with another woman almost everywhere she goes.

Female artists in Burkina Faso rarely convey sexuality through their music. This is a stark contrast to the female artists of South Africa or the US, where many of whom attempt to insert themselves in the hip hop scene by transcending gender roles or reclaiming sexuality for women. Malika La Slameuse does not express herself in this way, rather she expresses her confidence though her actions as she finally leaves her situation. Her outfits in the video were conservative for American standards as she sports long dresses, layers, and pants. On the other hand, the mistresses seen throughout the video have their cleavage out with tight clothes. This subtle link between how the mistresses look and their actions show that overt sexuality remains taboo in Burkina Faso, and it is not something practiced by the female hip hop artists like Malika La Slameuse.