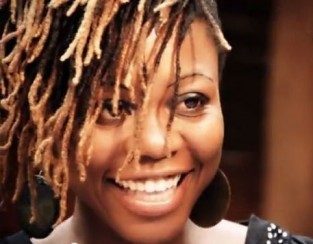 Black Bird is a hard-hitting female emcee hailing from Zimbabwe. She is credited as being the first female rapper in Zimbabwean history to release a full album. She is aware of her position and influence within Zimbabwe’s male-dominated Hip Hop community. Black Bird is currently mentoring the younger generation of girls, in hopes that they will follow her lead and take the male-dominated rap community by storm in the same manner that she has.

As a child, Black Bird listened to some of Hip Hop’s illest female rappers, so there is no wonder her flow and lyrical prowess is exceptional. At a young age, she was drawn to female Hip Hop heavyweights like MC Lyte, Left Eye, Da Brat, and Queen Latifah. Although these females had an influence on her style, she has developed her own unique sound and approach to rap. Her songs allow you to connect with her on more than a superficial level and she is not afraid to be vulnerable within her music. Black Bird takes you on a journey from the start to finish of her songs by way of her outstanding storytelling abilities. When you check out her work/videos you will immediately notice her flow, confidence, creativity, and of course her beautiful ombre locs. She is the true embodiment of a female lyricist and an artist. Her videos often coincide with the story in which she is telling. She has been referred to by many lovers of Hip Hop as the Queen of African Hip Hop. She has solidified her spot as the Queen of Zimbabwean Hip Hop but she is still pushing to solidify her position as the undisputed Queen of African Hip Hop. Black Bird has released five of her own solo projects and has been featured on over 20 mixtapes. Black Bird has received a lot of backlash for opting not to use her native tongue. Unbeknownst to her language critics, her ultimate goal is to bring an international awareness to Zimbabwe and its Hip Hop scene through her English lyrics.

2 responses to “Black Bird: The Queen of Zimbabwean Hip Hop”