This is Ayo Jay most used pictures.

Born Ayoola Ogundeyi Jr., in Nigeria. In his earliest years, his parents noticed his immense love for singing and song writing. Although the realized his mature voice and skills, like the most Nigerian parents, they placed an emphasis on higher education. He finished secondary school in Nigeria then pursued his college degree in the United States, while his maintained his focus on his music.

During his collegiate experience, he began to reach out to producers and music engineers so that he can perfect his talents. This is when he created the original “Your Number.”

The original “Your Number,” which was released in 2011.

“Your Number,” reached top charts in the African charts, but it did not gain any popularity in the United States. This single caught enough attention for Ayo Jay to get signed two years later by One Nation Entertainment and he subsequently graduated from Baruch College. Her began claim that his music is African pop, Hip Hop and R&B.  His record label started to help him hone in his craft and started to market him to radio stations in the United States.

After more popularity was created around his name, he landed a hot new artist, Fetty Wap, to feature on his old song, “Your Number.” Although the song is now, five years old, the new remixed version has begun to blow up in the United States, especially in the New York community. This song shows the artist’s Nigerian dialect and Fetty Wap’s unique flow. The duo created a song that would be able to grab the attention of both audiences. African music has began to crossover to the United States and this has allowed for Ayo Jay to prosper in the music scene. Leading his hit single “Your Number Remix,” Ayo Jay will touring in the States with other African artist such as: Seyi Shey, Skales, Falz, and Boj. 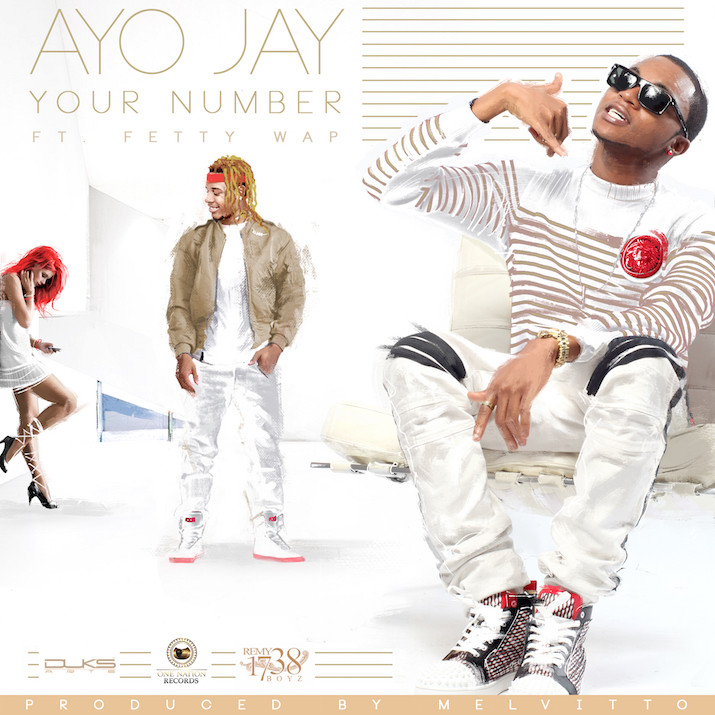 Heres the official cover photo and single “Your Number Remix,” where Fetty Wap and Ayo Jay are featured.