Positive Black Soul, otherwise known as PBS, arose out of Dakar, Senegal in the late 1980s. After growing up in the bustling capital, PBS had the capacity to speak the truth about the hardships local Senegalese experienced, and had people listen. After all, their melodious chords, invigorated with fast-paced rap verses, are hard to forget. As is the case in many former colonies, much of their Senegalese identity was based on their country’s colonial legacy, and the group struggled to create a sense of self outside of this. However, PBS was able to use their fluid and poetic lyrics to speak about the issue; they raised awareness of important social and political issues thanks to their mellow beats and rhythmic tunes.

When tasked to find the “éternelle étoile brillante” of their works, one song stands out in particular. “Président d’Afrique” is an anthem f

illed with history lessons, a variety of cultures, and a smooth infusion of jazz. Much like the continent of Africa itself, “Président d’Afrique” showcases the vast diversity of landscapes, cultures and religions that it holds. Opening with a speech made by Nelson Mandela, where he speaks to the great variation of peoples and viewpoints, the beginning of the track sets the stage for another beginning; one of a collective, African identity free of continuing colonial restraints and influence. An interesting choice, however, was that to use the french language. As something that is often associated with elitist, colonial powers, it seems to be a peculiar choice. One interpretation of this decision is PBS worked within the system to fight back against this and other forms of colonialism. Maybe the best way to bring down a system is to be on the inside.

Whether through beginning verses with the Arabic word ‘salaam,’ speaking to the strength of Ethiopia, or using Mandela’s distinctive voice, PBS is able to draw on the variety of identities that help form the collective African identity. Using analysis of the colors of the Senegalese flag – red for the innocent blood spilled, green for the disrespected land, and yellow for the stolen resources, PBS crafts a tool for cathartic release. A release of the hatred and the pain so many millions experienced. With this release comes the capacity to fill the newly empty space with their own African history, not colonial history. The space to free the mind from the social constraints and mental slavery they are still subjected to. To work together to take back the power that was once stolen, and to use it to craft an identity that helps Africa become the brilliant, eternal star they have always known it was. 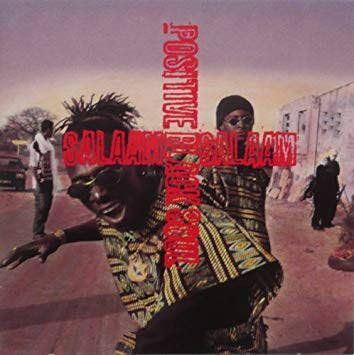