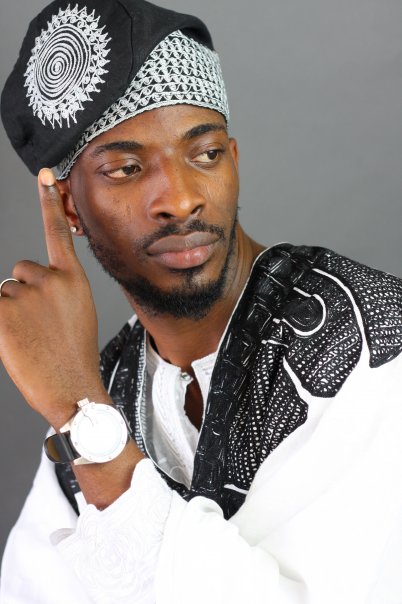 9ice was born as Abolore Adegbola Akande on January 17, 1980 in Bariga Lagos, Nigeria. He was interestingly from a polygamous family with four stepmothers and eight siblings. Since his early teenage years he was interested in music and song writing. He also attended Abula Okuta primary school, CMS grammar school, and attempted on a law degree from the Lagos State University but dropped out. He wanted to focus on his career in music.

He joined a group called the Mysterious Boys but only recorded a few tracks and then split. In 2000he recorded his first solo but it took 5 years before he would be recognized by the Nigerian music industry. His producer is I.D Cabasa and produced the song that really raised him into popularity was “Ganja Man” which was a reggae style in 2006.

9ice is known because he does a lot of his music in the Yoruba language and a little of Pidgin English as well. He also has his own label called Alapomeji Records and has performed at some shows including Mandela’s 90th Birthday in London and his country’s 50 year anniversary of independence in Malaysia and Holland.

Besides being a performer, 9ice is also the UN Youth ambassador, Lagos State Environmental ambassador, the 46664 Nelson Mandela Charity Organization ambassador which gives awareness of HIV/AIDS, and the Global Public Health Ambassador to Society for Family Health. 9ice is now trying to get a degree after having dropped out in his earlier years. H does online courses in the Capella University for Criminal Law and Public Safety.

He was once married with Tony Payne and had a son with her called Zion. This marriage ended in 2010 after a series of arguments about her having dated many of the music industry’s artists. It was said that some where supposedly friends of his. He then got together with his lover Vicki Gordis, which he had girl twins with called Maya and Miya.

In 2014, he tried quitting music to go to the House of Representatives but was defeated in the primary elections even after a lot of support from his fans. One of his best quotes that really emphasize how proud he is of being whom he is says “English language has been imposed on us but God graciously gave Yoruba language to us.”

One response to “9ice- biography”