As a young, but seasoned, artist from Botswana, Ozi F Teddy has been responsible for hits for many years now. One of his most recent projects, Lord Summer, features a mix of beats and context that attracts global fans. The young artist has no doubt shown that his music transcends Botswana and local cultures by remixing songs from American artists, and using similar trends in the realm of fashion, lingo, and visuals. While Ozi F Teddy has cultivated more recent projects, I found the “Ring the Alarm” video to be interesting. The song is produced by Rimzy, a producer from Botswana as well, which becomes evident during the hook of the song that mirrors other, more traditional African music influences. The video specifically ties together hip-hop culture and local culture in the location, juxtaposed with Ozi F Teddy’s gold chain, clothing, and overall disposition. 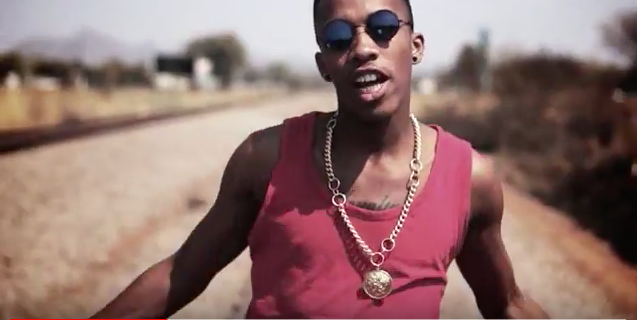 An interesting aspect of this video is in the opening frame. The video begins with graffiti, a hip-hop staple, but the artwork display chinese characters. While at first glance, this does not seem to connect with hip-hop culture past the graffiti aspect, the Chinese characters connect, in a sense.

As an avid hip-hop lover, I have noticed this to be a pattern in many rappers’ visuals. Specifically Kendrick Lamar who has adopted the alias, “Kung Fu Kenny,” or in the recent visual from rap group, Migos that accompanies the song, “Stir-Fry.” Ultimately, it is not uncommon to see Chinese characters written or Chinese culture displayed in rap music videos. It intrigues me to see not only hip-hop transcend borders between Black American individuals and those from Botswana, such as Ozi F Teddy, but a globalization that is manifested in this adoption of Chinese culture as well, that has also surged in Africa in the past decade.