Keur Gui is Fed Up with the Status Quo

Keur Gui holds a special type of power in Senegal. Neither economic nor political, Keur Gui has a valuable type: influence of the youth. As one of the founding members of the “Y’en a Marre” movement in 2011 to inspire and mobilize Senegal’s youth against then President Abdoulaye Wade, the group secured its foothold in political activism. Wade was attempting to seek a third presidential term, a move that most considered unconstitutional and a step towards the authoritarian tendencies that plague the region.

In a nation where the average age is under 25 and over half of the population lives in rural areas, Keur Gui, along with other musician-activists, truly brought their movement to the people – all of them. They drove across the country and performed from the back of their flatbed truck with the goal of building a grassroots movement, not just one for the city dwellers. The movement helped fuel the campaign and subsequent election of Wade’s competitor, Macky Sall, in 2012, and brought renewed hope for democracy and peace to the West African nation. Lead rappers Thiat and Kilifeu didn’t stop their activism after Sall’s election. Instead of passing the baton to others, they continued to help encourage and support musician activism and the resulting social movements across the continent. 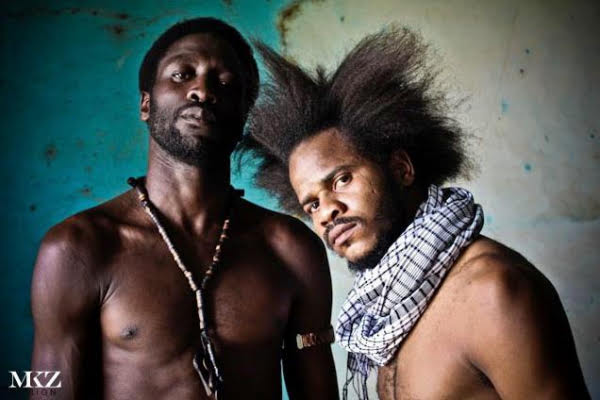 After the lights of the election faded, Keur Gui became frustrated with the lack of change by President Sall. In 2014 they released the song ‘Diogoufi,’ which translates to ‘nothing has changed’. The lyrics speak to the failure of Sall to do what he was elected to do; be a change from previous governmental. They speak of the “broken promises and lies” fed to the population by a “lazy regime [with] no vision”. Keur Gui manages to eloquently express the disappointment of the Senegalese people in a government that failed to change old practices of the previous government, that they themselves had kicked out. Keur Gui is “fed up with all of [the] nonsense” spread by the regime, and continues to use their music to mobilize the population in the pursuit of democracy, peace and prosperity.