In Defense of My Art (Tumi Molekane ft. Reason and Ziyoni)

Born Boitumelo Molekane, Tumi Molekane is a South African hip hop artist who is the former lead vocalist of Tumi and the Volume. His song “In Defense of My Art” was a collaboration with Reason (from Tembisa, Gauteng, South Africa) and Ziyon (also from South Africa). This song sends a powerful message through both the lyrics and the visual parts of the video itself. The song and the video tells a story about the struggles that people have been going through and are still going through as it pertains to oppression. When the video came out it sparked much controversy mainly because of a seen that depicts Tumi Molekane holding the ponytails of two girls who are on their knees as if to say show them as animals. 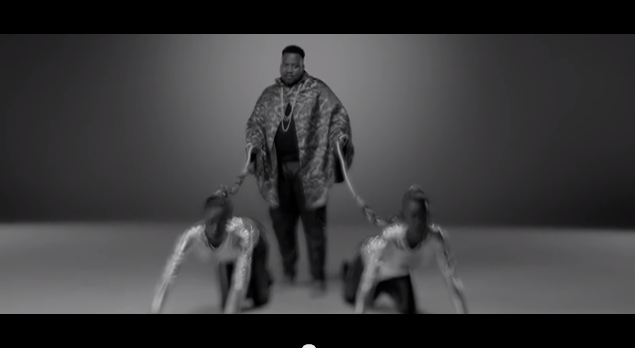 When criticized about the video Tumi responded by saying the following:

“This video represents battles my people and family have gone through and are still going through. Kyle Lewis (the director) had a vision and I thought it incredibly powerful. I knew it would offend people . . . I wanted to tell a story, and I felt I did. I know the images are violent, I know they reflect an oppression; that’s exactly the story I am telling. You might feel I failed, fine, but don’t go calling someone a sexist and misogynist for telling one story out of a thousand I have told.”

The whole point of a the song was to tell the story of oppression that all black people have been facing and their struggle to express themselves and their art. Aside from the video itself, I loved the one of the hooks by Ziyon said

“People hate and love what they can’t be, I’ll never lose sleep just cause they ain’t me”

A powerful statement which is to say, people will always criticize those who are different but you should never let others lack of an open mind control or power over you. The director of the video, Kyle Lewis was nominated for a South African Music Award for his work on the film which was presented in black and white and showed Tumi as an emperor defending his crown/ legacy.