From the Slums to Fame and Inspiration 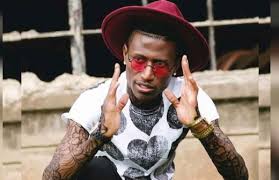 Henry Ohanga is a youth activist and hip hop artist. You may not know him under this name but by the end of this blog you will know who he is not only by his born name but also his more known stage name, Octopizzo. Octopizzo was born in Kibera. Kibera is is a division of Nairobi Area, Kenya, and neighborhood of the city of Nariobi. Kiberia is the largest slum not only in Nairobi but in Africa period. But this talented artist has come very far. Octopizzo is a not a man of just one talent he is a rapper, activist, and also an actor. He founded the C.B.O, youth group Y.G.B (Young, Gifted, and Black) of Artist for Refugees with UNHRC, and also the Octopizzo Foundation. The Octopizzo Foundation is a not-for-profit. Another accomplishment he has gained is being the ambassador/representer for awareness on violence against women and girls.

As stated before born Henry Ohanga, now known as Octopizzo was born a hip hopper. He attended primary and secondary school in Kibera. And then attended St. Mary’s Changamwe College, which is located in Mombasa. He is the eldest out of four siblings and is now a proud father of his children. Octopizzo has had to overcome many challenges throughout his life including being an orphan after losing his parents and growing up in Kibera. Octopizzo does alot of work with communities helping to impact the less fortunate. He is giving back by inspiring and also showing that you can be proud of where you come from even if it is a ghetto. You can keep up with his personal life by following his twitter @OCTOPIZZO and also his Instagram @octopizzo.

Kenyan rapper Octopizzo is one of the most known East African hip-hop artists on the music scene. Some of his best/popular songs include; Ivo Ivo Ivo, Prezidential, Something for you, This Could Be Us, Mama, and many more. He denounces lyrics in hip hop that praise and or glorify racism, violence, and sexism, or any other social injustices. Octopizzo has recorded 3 albums, which are “Chocolate City”, “LDPC”, and Refugeenius” Refugeenius is a collaboration with over 20 refugees. “LDPC” in the first week of being released took the number 1 spot on iTunes. He also has three well known mixtapes. These mixtapes are S.O.N. (Stragglers of Nairobi), Y.G.B. (Young Gifted and Black), and The White Shadow. In 2008 S.O.N. was the best selling mixtape in Kenyan hip hop history. He also has a song that represents the economic and political struggles of people in Kenya and peace and also looks back on what happens during post election violence. His songs “Nu Afrika” and “Toboa” were made to raise awareness and encourage peace. He is very socially conscious. He won as Best Male Artist at the Coastal Nzumari Awards in 2012. Also nominated in two categories at the Kisima Awards. The first nomination as the Artist Of The Year category and then his song “On Top” got nominated for the Best Hip Hop Video Of the Year. In 2015, he won the Award as the Best Hip hop artist. He has performed at main events all over the world. Some include the Shambala Fest, Safaricom Live, Coca cola world cup tour and Guinness. His music is made to change the negative image of the “slum” (Kibera) that has led its natives that made it out to hide where they came from. Also stated before Octopizzo is not just a artist he is also an actor. He had a guest appearance on MALI which is a Kenyan Drama and also appeared on Season 2 of MTV’s Shuga.

Links → Check out some of his work and social media