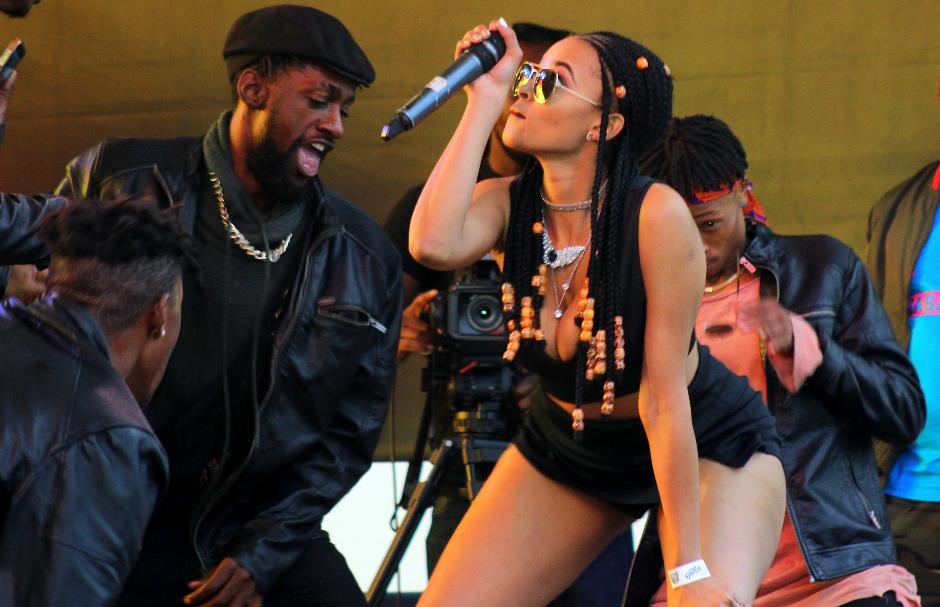 The Hip-Hop industry, like many others within patriarchal societies, remains male-dominated. However, the growing presence of talented female artists who challenge and question the status quo and defy gender roles with their lyrics lends hope to a future of non-gender-biased music. Sarona Motlhagodi, more popularly known as her stage name, Sasa Klaas, is a hip-hop star from Botswana who embraces her femininity and sexuality, while dispelling negative or limiting conceptions about women.

The cover art of the song The Juice, by Sasa Klaas features a topless photo of the artist, asleep, as she sucks on her thumb and holds a juice box. A bright blue ‘X’ covers her nipple. The photograph itself, speaks volumes. The juice box, thumb in her mouth, and even her topless appearance are childlike details which should evoke sentiments of innocence and youth. However, the ‘X’ covering the parts of her body which have been deemed offensive by society represents the castigating nature of society’s reaction to women’s bodies.

The lyrics of the song also work to fight against the conventional rule that women are supposed to employ roles secondary to men in relationships, occupations, and other aspects of life. The line, “I’m finna ask you out, yea! I’ll play a different script” is a call for women to ignore gender roles and do whatever they please. The following line, “I’ll take control of this whole boat,” speaks to the fact that women are capable of being in charge, a narrative which is not generally permitted by traditional patriarchal gender roles. The next bars say, “he said can I take you shopping’? I said you ain’t gotta spend,” followed by, “you know I’m a superstar so I got my own money.” The lines clearly champion female independence and success. Sasa Klaas’ use of thoughtful use of imagery and lyricism encourage the feminist movement and propel women forward not only within her industry, but in several capacities.