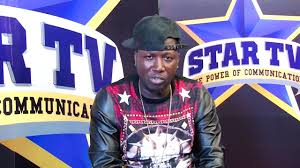 Once again we visit Kao Denero in order to gain a better understanding of Salone culture. Kao Denero and Del Vaqyo join forces to present “Fresh Faces”, a song written to encourage citizens to be politically active. This song is performed primarily in English. I believe that by singing the song in English, Kao Denero is able to spread his music to a larger audience.

In Africa, most citizens speak more than one language. Their first language is typically tribal or dialectic, while their second language will be an European language such as English, Spanish, French, etc. Music in rhythm exists universally, but mass appeal is obtained when the audience can relate to the lyrics.

Kao Denero relates to his fellow citizens by switching between English and Krio. Krio is is Sierra Leonian Creole or Patois.  This language is said to unify the ethnic groups within the country, and creates easier trade relations.

Kao Denero’s music is politically driven and driven by entertainment, in that he discusses topics that are important to the people. But he also aims to make music that people of all ages can enjoy.

For a musician, the success speaks in one’s ability to create music that will inspire and stand the test of time. African artists take pride in their languages and deem it important to include their language in music. Kai Denero is a perfect representation of the balance between entertainment and politics.