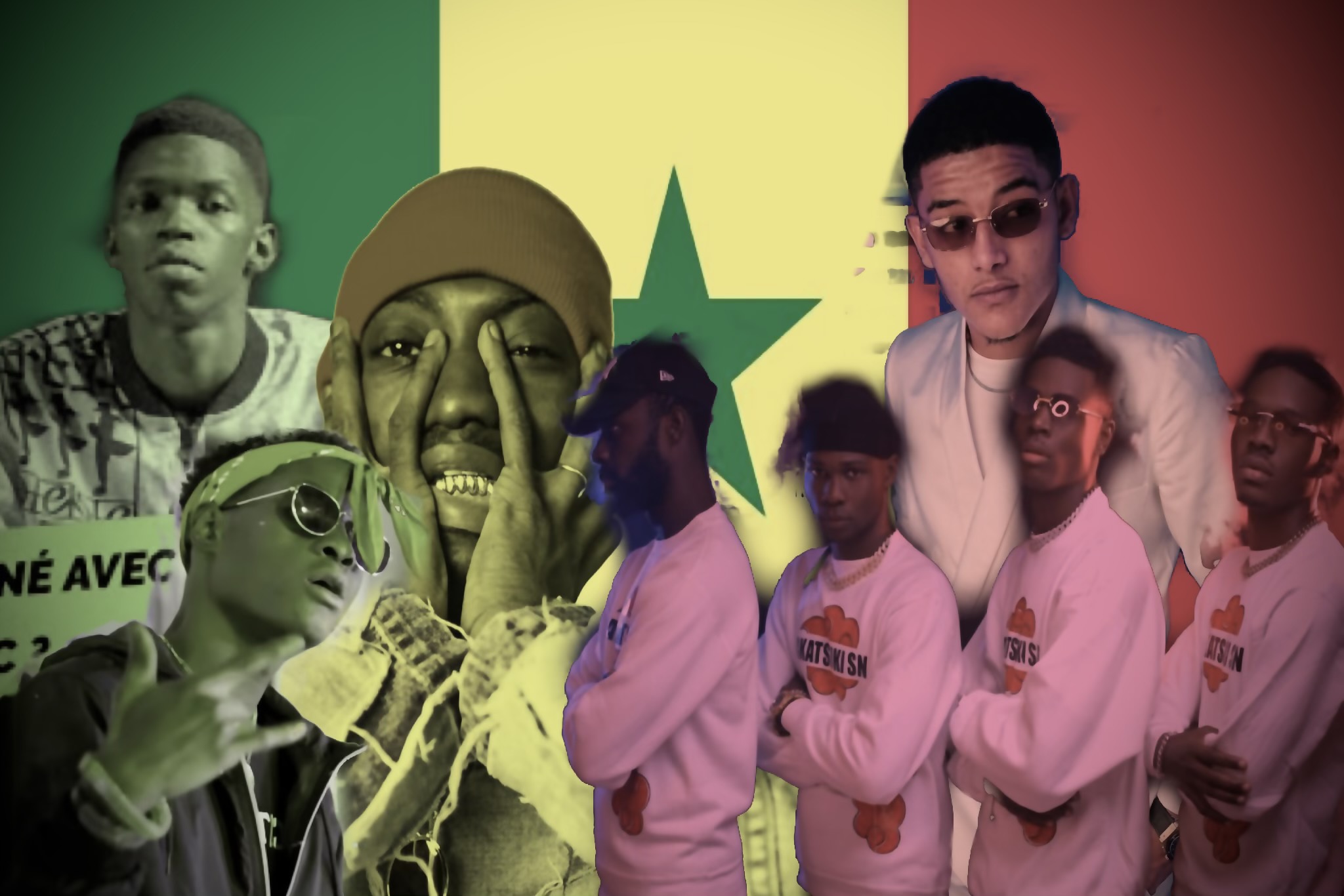 Rap in Senegal, known mainly as hip hop galsen, originates from the early period of rap’s arrival in Africa in the late 80’s and early 90’s, and while it has its fair share of inspiration and influences from American and UK hip hop, it also has since its origins become its own very distinct genre and style, encompassing rappers across various musical productions and movements, speaking multiple languages such as French and Wolof, and coming not just from Dakar but from all across Senegal as well. Throughout the semester of Hip Hop and Social Change in Africa, I focused on rap in Senegal and covered various themes of hardship, inequality, and politics present in hip hop galsen. On a different note, the genres of trap and drill music are also present in hip hop galsen, and focus much less on tackling these social issues and taking itself too seriously than it does seeming to prefer themes of violence, sex, bragadoccio, and street cred.

Drill rap, a style of trap music originating from the South Side of Chicago and pioneered by American rappers such as Chief Keef, Lil Durk, and Fredo Santana, and continued most recently by rappers like Pop Smoke, King Von, NLE Choppa, and Comethazine. It’s style comes distinctly from trap music with heavy uses of 808 beats, rapid and intricate hi-hat patterns, and often a style that can be described as ominous, dark, and violent. This style carries on into the theme of the lyrics, often with nihilistic, violent, and aggressive lyrics alluding to the hardships of the streets. “Drill” itself is slang meaning to fight, which encompasses the theme of the lyrics, the tone of the music, and the lifestyles of the rappers who make the music, quite well. Many of the notable rappers who have died or been killed in the U.S. in recent memory such as Pop Smoke, King Von, and even Fredo Santana and Juice World, have contributed to the genre of drill rap, which exemplifies the violent, nihilistic, and drug-fueled nature of the genre’s themes and creators.

Drill is present in hip hop galsen as well, with Senegalese rappers like Mist Cash, Akbess, Dopeboy DMG, and One Lyrical, and collectives like Akatsuki SN among its most influential creators. I analyzed some music from Akatsuki SN in the past, of which Mist Cash has been a collaborator, and noted the themes of drill music present in the song I had chosen. These other rappers included in the mixtape represent the drill rap genre well while also coming from Senegal and infusing African influences and culture into the music, lyrics, rhymes, and beats. All of these songs are chosen to best represent drill galsen produced by, written by, and featuring Senegalese emcees. The mixtape playlist can be found on YouTube here:

“Weredi” meaning crazy in Wolof, by Dakar rap collective Akatsuki SN, kicks off this drill galsen mixtape with a formidable beat and even more formidable lyrics and flow from every rapper on the track. The beat consists almost solely of a booming, pitched 808 bass drum beat and a more subtle hi-hat rhythm over which each member of Akatsuki SN drops bars in their respective, unique flows. Themes of violence, rivalry, superiority, and bragging dominate this song on top of the hard, catchy beat. The lyrics are present on the video for comprehension to complement the intricate rhyming in Wolof and French.

“God” by Omzo Beats feat. Mist Cash also rocks a heavy 808-infused beat with booming kick drums and electronic, synth-like pitched bass lines. The bass drum kicks punctuate each bar in a satisfying manner while Mist Cash raps threats and boasts against his unnamed rivals, with phrases in Wolof saying, “If you call me to pressure me your credit will end, hit me I won’t move, you wanted to kill yourself so your death would not surprise you” and “Where I pull out my gun you pull out your d*ck”, mixing violent themes with clever humor to create an ominous flow of serious, yet relaxed, lyrics.

“Hypocrite” by One Lyrical, produced by Omzo Beats, has similar vibes to the beat of “God” featuring Mist Cash, with the heavy yet melodic 808 beat and hi-hat rhythms, accompanied by a choir-like chanting on the background of the beat, which does create somewhat of an ominous, serious tone. One Lyrics dons a red ski mask, bullet proof vest, and various blunt weapons like rocks and pipes alongside clips of people being interrogated, and fighting for food. This song is more political than the others, with lyrics such as “Justice hypocrite, médias hypocrite, debat hypocrite, chef d’état hypocrite” that punctuate the militant tone of the song. To see a drill song with more serious themes such as this is impressive as it comes off as more of a blend of genres and topics in rap, but it is still unmistakably drill.

“Dakar Drill” by Dopeboy DMG has a title that fully represents the theme of the mixtape. Sometimes it feels that with titles like these, rappers are trying to help define the feeling of drill in hip hop galsen, and to have songs that exemplify the tone of the genre. This song’s video shows Dopeboy DMG, a Dakar rapper, flexing cars, money, chains, and style over a more mellow beat with the signature heavy 808 beat and hi-hat rhythms. Influences from American rappers such as NBA Youngboy are apparent in his style, and lyrics such as “Boy the hustle never stop, Imma go (paw) with the glock” and “To hang the crown, I will cut off your head, to display on the castle like a trophy”(translated from French) that really fit the violent, aggressive tone of drill rap.

“Ramos” by Akbess has a thumping bass drum on a classic electronic hi-hat, with an epic bass 808 that comes in halfway through the first verse, riffing up and down in a catchy and interesting way. The drum comes in very rapidly at times to simulate gunfire on this trap-heavy drill beat. In French, Akbess raps about his status, women, guns, drugs, and more, but with a relaxed and consistent flow that is punctuated by the repetition of “Ça va c’est pas mal” (It’s going good it’s not bad). In my opinion this song has the dopest beat on the mixtape, and it’s position as neither the first nor last song on the mixtape does not reflect my appreciation for the beat and the flow of Akbess, which fit the drill rap genre very well with its own galsen touches.

The final song of the mixtape, “Drill Galsen” by Akautsuki SN, rounds off the playlist with the same artist that started it, rapping on a track with a title that describes the mixtape perfectly. The beat has the similar characteristics to the others that have been discussed, a catchy, pitched 808 beat and consistent rhythmic hi-hat that anchors down the song for the rappers to spit over. The theme of the lyrics mostly has to do with women and sex, less so the violent themes present in the other songs. This makes this song more lighthearted, yet still ominous and intimidating in its lyrics, flow, and style. Halfway through the song listeners are greeted to “Drill SN is what we putting down not that UK sh*t” which I appreciate for affirming the differences between this and UK (as well as US) drill that are deeper than just linguistics.