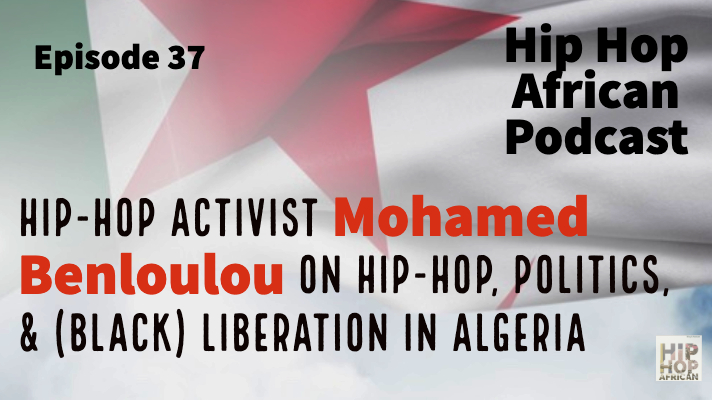 Mohamed Amine Benloulou is an Algerian hip hop scholar & beat maker based in Algiers. This interview took place in April, in the midst of protests in Algeria calling for the stepping down of the president and his government. Mohamed spoke about the history of hip hop in Algeria, historical connection between Algeria and Black liberation movements in the US, the influence of hip hop in historical and contemporary social movements in Algeria, and the role of racial and ethnic identities in Algerian hip hop.