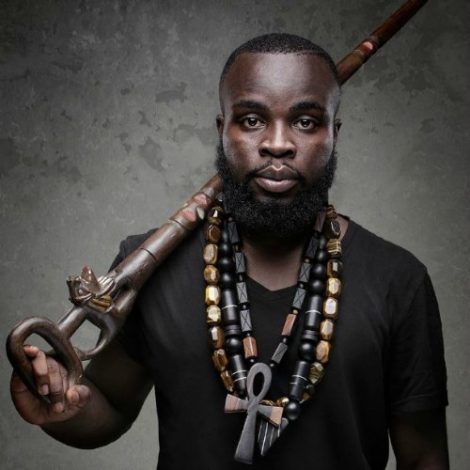 Crowned King of Ghana Hip-Hop in 2017, M.anifest is nothing to play with.  He is known for being a triple threat in the music business, as he is a rapper, singer, and songwriter.  In most of his crafts he incorporates both his native tongue and English.  An example of this is from one of his new songs, his single, Me No Woa (You and I) feat. King Promise.  From the looks of it, this song is speaking about his grind interfering with his relationship. Apparently, he’s been gone for some time, focusing on his music career, living the life of a popular musician and neglection is surfacing…

Looking at the type of language and languages used in this song, you see a little bit of everything.  In most parts of the lyrics, it is English.  I noticed that there are three types of English in the lyrics: proper English, broken English, and African American Vernacular English.  There is also Ewe-Twi which is a Ghanaian native language.  You mostly see the Ewe-Twi language sung in the chorus:

He also incorporates broken English in his song with the example:

Accra we dey you know sey your boy for grind

Though there weren’t many aspects of the song that correlated to American pop culture, the one that stood out was him using the comparison of his lady as Claire and him Frank Underwood:

This reference is from the House of Cards, an American television series.

Overall, I enjoyed listening to this song and appreciated the creativity and diversity of the lyrics.  Adding on to that, the visual for the video was what I considered cute, but also tied up the lyrics and the mood of the song for me very well, along with showing  M.anifest’s creative side.