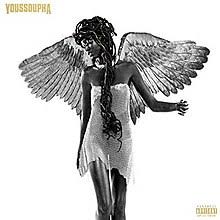 Known by his stage name “Youssoupha”, Youssoupha Mabiki embodies the defining characteristics of progressive French rappers in his song Entourage. A captivating story of immigration, education, and social consciousness defines Youssoupha’s rise to prominence in a crowded French rap scene.

Youssoupha was born in Zaire (today the Democratic Republic of the Congo) in 1979 as the son of a Congolese musician and Senegalese mother. Similar to many adolescents in the francophone world, the family decided a western education was in order and sent Youssoupha to live with relatives along France’s Mediterranean coast. Youssoupha dedicated himself to his studies through graduate school, when he decided to dedicate his life to music.

His music style followed similar themes of Golden Age rappers like MC Solaar, discussing the social conditions of French-Africans and the migrant experience. However, Youssoupha gives it a modern twist: moving away from nuanced themes to a more aggressive testament to the African experience.

Negritude is nothing new. The movement started during the economic downturn of the 1930s and became the francophone world’s own black power rally cry. The movement criticizes colonialism, advocates pan-Africanism, and juxtaposes a black identity as a Hegelian negation of oppressive White society.
What is new is slapping “NGRTD” across the front of an album that peaked at the number 4 spot in French music charts.

The albums hit song, Entourage, simultaneously discusses Youssoupha’s sense of a pervasive African community, the intrinsic marginalization of that community, and the role of hip hop in driving social change. One line in particular captures all three phenomena:

Youssoupha uses rap to touch on French African struggles. People like him come to the country, only to live unequally before the law, experience difficulties finding work, and are compelled to live in a country that considers its culture Une et indivisible (one and indivisible). There is no space for cultural variation in this light.