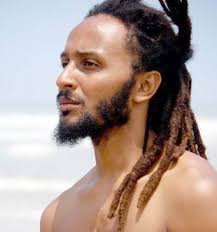 Ghanaian artist Wanlov The Kubolor speaks on the effects of colorism on people in Africa and his personal experience with it in 2008 with song My Skin.  The video for this song is not professionally shot, but rather just him and his camera in the comfort of his own home, so it seems. There are also pictures of him growing up and visuals that are a part of the media.

The message of his song focuses on identity and the confidence or lack of that is associated with complexion especially in places in Africa like Ghana.  The diction in the lyrics are based on terms that are used to describe the complexion or heritage of people.  He uses these terms in lines like:

Wen I dey yankee
He mixed

Wanlov gives perspective to what it means to have lighter skin.  He expresses the names that he has been or could be called or what he identifies with, but at the end of a day he is still just a N****.  There is a specific kind of tone that could be noticed in his video and song which I think could be confusion.  He names all of these names, but it could show that he doesn’t really know how to fit in, according to his lyrics.  Not only does his lyrics create a message, but the visuals do as well.  Aside from the pictures of him only, there are pictures of his mother and father.  His mother being Romanian and his father being Ghanaian it can show the two sides of him.  Also, there is an advertisement for bleaching cream that shows the before-and-after of a dark-skinned woman turning her skin lighter.  On the other hand, there is a white woman who is tanning herself to be darker.

Overall, I think that Wanlov The Kubolor is saying by addressing this social issue is that it is imperative to be confident in your own skin, literally.  I believe that an additional message in this piece of art is that most people have been served the idea that lighter is always better, however what he may be saying is that that is not the case.  You must revolt against the planted insecurity that has been given to such a vast culture and have pride in who you are and embrace your melanin, whether light or dark.  The grass is not always greener on the other side.