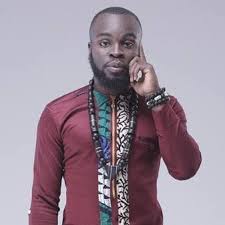 Hip Hop was and is still a way for black people to express themselves and the obstacles that they face. M.anifest, originally known as Kwame Tsikata, is a well-known rapper from Accra, Ghana, who often intertwines African hip hop and western influenced hip hop. He began recieving awards and recognition for his music in 2007 when he released his self-promoted Manifestations album. Though he often speaks in english in his songs there are also Ghanaian rappers who speak in Twi, such as the female rapper Abena Rockstar. M.anifest’s song “Suffer” talks about the struggles he has had to endure while also mentioning the struggle of fellow people of color.

“If you got a name like Muhammed or Mustafa

Cause since towers fell it’s been hell if you other”

This verse in his song shows the versatility in the social issues that he feels are important and need to be heard such as how muslims often face anti-islamic behavior because of past terrorism. In the video, M.anifest remains in local communities while also showing the local people in order to really embody the essence of the song. Though the song starts by listing the struggles that his community as well as other communities of color have to face, he then goes to say that suffering is important because it is what makes you value joy.

“There’s something unusual and beautifully strange about pain

Tell me what’s sun without rain

Give up my dreams for comfort and cream?

Thanks for the offer, but I’d rather suffer”

Though only one song is given as an example, M.anifest addresses social issues through his music in multiple songs such as Africa Represent, Someway Bi, and No Shortcut to Heaven, just to name a few. M.anifest uses hip hop as a platform to speak on the issues of his community and others he can relate to while also using his local culture as a basis for the visual art of his music.