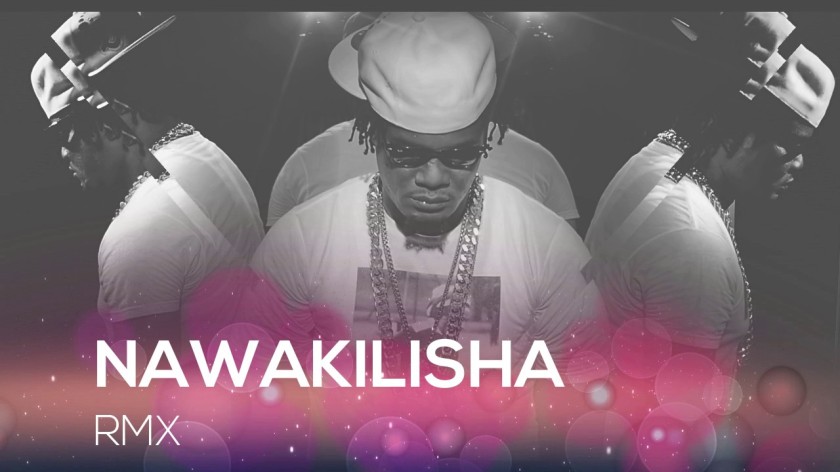 In their song, Stamina (ft. fellow Tanzanian rap artist, Professor Jay) exhibit heavy American influence in their hit song, Nawakilisha. This should not be surprising as Professor Jay is a pioneer of hip hop in Tanzania, and his work openly draws inspiration from the States. The song featured relies on an eery backbeat and sharp electric drums, layered with higher notes on a keyboard. The varying tones create an ominous atmosphere, that is vaguely reminiscent of Mobb Deep’s “Shook Ones”. Nawakilisha also uses heavy spinning in its intro that directly relates the music to the origins of hip hop and it’s beginnings in South Bronx of the United States. The music as a stand-alone piece could easily be mistaken for an American hip-hop beat, especially because there are no “foreign” sounds to it. What I mean by that is that there are no additional instrumental elements that would differentiate the track from American counterparts. It simply falls in line with what American hop hop artists produce.

The basic tenants of American hip-hop are easily heard in Professor Jay’s hit song, but what differentiates this Tanzanian artist is the language he uses. I mean this in two ways. Most obviously is that Professor Jay raps Nawakilisha in his native tongue of Swahili. Swahili is both the local language spoken and an official language of Tanzania (interestingly, the second official language is English). Besides just the system of communication, language also refers to the manner of speech. Both rappers, but especially so with Professor Jay, take a different approach to their lyrical topics than most American rap artists do. In Nawakilisha, the rappers veer away from explicit content that American rappers tend to highlight like drug use, violence, or disrespectful behavior. Instead, these artists focus on creating a more positive image and message to be consumed.

For larger context, Tanzania’s hip hop community is more uplifting in their messaging as a genre. Rap in Tanzania is much more politically driven, with a stronger connection to social justice concerns and communal experiences verses the rugged individualism highlighted in American rap. Just look at Professor Jay. He juggles two careers as a politician and rapper, though the two circles are much more permeable in Tanzania than in America.