Michael Owusu Addo, or Sarkodie, is a Ghanaian hip hop and hiplife recording artist. He was the first Ghanaian artist to win an award for the Best International Act at the 2012 BET Awards and was nominated in the same category at the 2014 BET Awards.  Sarkodie is often named as one of Africa’s greatest Hip hop artists he has been ranked by MTV as one of the top hottest African MCs in 2014, the number 1 on the list of the “Top 10 Ghanaian Rappers Of All Time”, and was named one of the top five hip-hop acts on the African continent. Sarkodie has shared the stage with musicians like Miguel, Trey Songz, and Ludacris and has performed all over the United states on various tours.  He has a huge fanbase and is held in high esteem in Ghana.

December of 2015 Sarkodie released the song Asante Ni. The MC illustrates the love and loyalty he has for where he comes from. He talks about the beliefs and practices that make up Ghanaians. I found the delivery to be alright.  His timing was appropriate and it allowed the bars to synchronize almost perfectly with the beat. The content was also appropriate. I noticed that he managed to summarize the true attitude of his people as the concept of the song portrays. Sarkodie talked about John Agyekum Kufour, Kofi Amoabeng, Agya Koo, Kojo Antwi, and Osei Kwame Despite (I had to look up all those people). I read that various critics felt that he “should have mentioned the names of more renowned personalities believed to hail from Asanteman in the lyrics  to avoid criticisms on the basis of discrimination.” A lot of critics and hiphop heads have also accused and criticized Sarkodie of playing the ethnocentric/tribal card. I for one don’t see the basis for describing this song as such. There is nothing wrong with being proud of who you are and where you come from. I find criticism of Sarkodie, for those reasons, to be false and inappropriate. Overall I would give the song a solid 6.

As far as the production his producer, Magnom brings his beats to life as he did with the songs  “Illuminati’’, and “Bounce”, I felt he was on point once again. He has a lot of creativity and I noticed that he ended the song with a plethora of traditional sounds and various kicks. I really like Magnom as a producer and I believe that they make a good team like Drake and 40.

If you had trouble like I did following the lyrics you probably did because lyrics are not in English they are in Twi. Twi is a dialect of Akan, a Central Tango language that is the  native language of the Akan people of Ghana. There are about 6 million Twi speakers, mainly in Ghana. Sarkodie often raps in Twi with little spurts of English in between and he is considered to be a multifaceted rapper because of his various musical styles. In one song he’s rapping and going hard and in another song, he’s crooning and rapping like Drake. Although I really liked the beats and the energy in his music as I said the lyrics are not written in English so it was hard for me to get into his music and really enjoy it. I can’t really get into a song when I don’t even know what’s being said. I even tried putting his lyrics into google translate and came up with nothing. Overall I really like the concept of Sarkodie’s music, the actual music not so much. 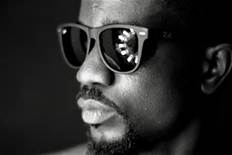