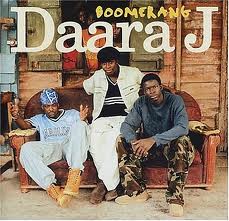 The group Daara J has been a staple of Senegalese Hip Hop for over a decade. They were put influenced and encouraged by Positive Black Soul and strengthened those connections by making great music with a message and working to bring about change much the same as PBS. The members are N’Dongo D, Aladji Man, and Faada Freddy rap in Wolof, Spanish, French and English. Their landmark album came in 2003 with the release of “Boomerang” which referred to the idea that hip hop originated in lyrical traditions in Africa and have now returned full circle to the Motherland after reaching the U.S. African American population as well as other places of African diaspora. They rap about life, politics and corruption and have world wide experience and now audience. Listen for many of the Cuban and Latino influence throughout much of their music.